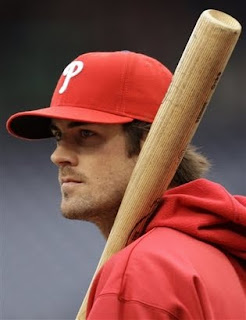 Just like last year, the World Series arrives in Philadelphia tied 1-1. Wet weather threatens the start time of game 3. Rain is expected from 4pm Saturday throughout the evening. Game 3 was delayed by weather last year also.
Read ahead for reviews of the upcoing pitching match ups and other key details...