By Jay Floyd October 09, 2009
I am not sure that I want to write about the Phillies losing game 2 of the NLDS to the Rockies on Thursday. Honestly, that's not even the worst news of the day regarding this series. Would you like to know what was...? MLB and/or TBS announced late Thursday evening that game 4 of this series, on Sunday night, will start at 10:07pm EST. Yeah, seriously.

TBS/Turner Broadcasting having exclusive rights to the first round of the MLB playoffs is absurd now and needs to be rectified in the future. These start times are NOT convenient for fans. How are Colorado and Philadelphia area fans supposed to watch weekday games at 12:37/2:37pm? How are east coasters supposed to tune in for games that run past 12:30am every night?

When games overlap (earlier game runs over start time for later game), TBS bumps the start of the later game over to its sister station TNT. With multiple stations at their disposal, Turner does not NEED TO have start times that are all four hours apart. They could easily spread the game times out over their various channels. If the broadcasting company doesn't wish to spread things out to provide better start times for fans, then Turner doesn't NEED TO have every game of the congested opening round of the MLB playoffs.

The League Championship Series are split between Fox and TBS, with the Fox Network getting the American League series and TBS showing the National League games this postseason (the agreement alternates AL & NL series between the two networks, each year). TBS's current agreement with MLB runs through 2013, but something needs to be done this coming offseason to improve the postseason broadcasting schedules for baseball fans.

Reworking the current agreements to improve the schedules and television broadcasts would benefit the fans of baseball greatly. TBS's overview of all this is way off. Their goal is to get every single game its own national broadcast. Convenience for the teams' local media markets and viewing abilities are thrown out the window, and that is simply wrong. Making sure that viewers in the western most time zone have access to every first round game is not as crucial as local fan bases being able to view their own team's games. 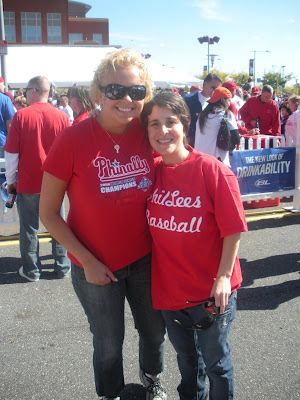 Annie (right, with friend Megan) was at the block party rocking her PhoulBallz Cliph Lee/Roy Who? shirt. 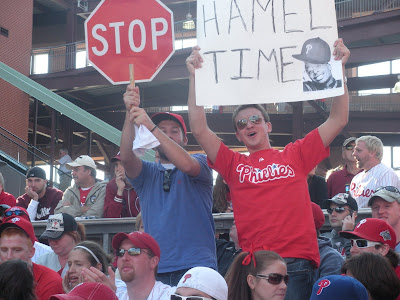 These phine gentlemen alerted me that, "Uh oh, here comes the Hamels!", upon learning of Heidi's labor. 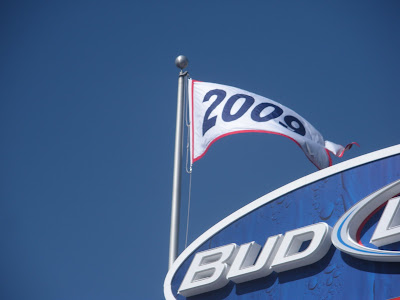 Amanda said…
Great post. I cant stand the game times or the TBS network. It keeps freezing and the broadcasters are awful. It is also annoying how they go over to TNT too. BASEBALL ON TBS SHOULD BE ILLEGAL. And 10 PM games on a SUNDAY.
October 10, 2009 at 3:03 PM