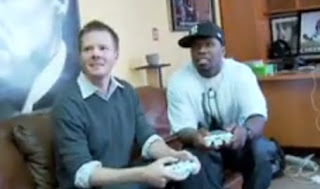 If you're unfamiliar with the verbal stylings of Reed Tucker of the New York Post, you should take a moment to familiarize yourself with this truly grand chap. The wondrous wordsmith coined the term "City of Brotherly Duh" this week, when he displayed astounding investigative reporting by declaring Philadelphia's fandom as being "feeble". In his article, Tucker sited a full FOUR people and used ALL OF THEM to build his strong case that Philadelphia phans are lesser beings than Yankees fans.

The first phan that Tucker spoke of was reality dad Jon Gosselin, who is from some non-Philadelphia town called Wyomissing, PA. Gosselin is disliked because of his failed marriage and public persona so he must not be a good Phillies phan. Tucker then wrote of a die hard Phillies phan, that he encountered, who wore a Yankees jersey because he liked the design of it. Then there's the patron of Jim's Steaks who doesn't hate the Yankees, but instead appreciates their great tradition and history. That's buffoonery! If those guys aren't a solid enough sampling of Philadelphia sports phans, Tucker then reviews a guy that he saw, wearing red, who is from Baltimore but is only in town for the Pearl Jam concert, and isn't interested in discussing the Phillies. Oooo, that puts things on lock, for sure! Confirmed! Philadelphia sports phans ARE feeble and "softer than the bread their beloved cheesesteaks are served on."

Whew...Reed Tucker, you got Philadelphia. You got the whole city goooood.

Then today, I was sent more exciting literary wizardry from The Tuck. This news paper clipping asserts that victory would be wasted on Philadelphians, who he refers to as "yokels". The Tuck lists the top 5 ways Philly phans would celebrate. Wow, FIVE on this list? There's a chance his sizable sample for researching this article grew! Where does The Tuck find the time to survey so many people?! Anyhow, here's his exact list, in COUNTDOWN form...

5. Hit the town's most popular sports bar. It's wild! It's woolly! It's in a
strip mall! Yep, Chickie's & Pete's has everything a Phillies fan is looking
for- including one too many apostrophes in its
name. Ralph Marino, who runs
Ralph's Newsstand nearby, says it's the "No. 1 place, known all over," and one
of the reasons Philadelphia is better than New York. What's No. 2? Chili's?
4. "Bang pots and pans." Also acceptable: mouth-harping and jug blowing.
3. "Get f---ed up!" You work hard, your team just won, and no one is going
to begrudge you a six-pack of Coors Light or 14. After all, one cop was quoted
after last year's celebration saying the problems they encountered were "nothing
the stomach pump wouldn't take care of." Stay classy, Philly.
2. "Break
s---!" What better way to say, "Your miraculous achievement makes my heart soar,
Phillies," than by introducing a brick to a plate-glass window? "We just go out
and break s---,"said Dan King, a photographer having lunch at Jon's Bar &
Grille.
1. "Stay at home." A popular answer, that, in light of Nos. 2 and 3,
makes perfect sense. Hey, look, "Invincible" is on cable again.

That was quite a tremendous representation of Phillies phans. I mean, who could argue that drinking alcohol and breaking stuff, following sports victories, is exclusive to the Delaware Valley?

And surely, there are no other locations in America that adore local sports bars...and there is no doubt that all other regions of our nation think sports bars that are made of wool are a bad thing.

It's a certainty that making noise is also an absurd option. Banging pots and pans, getting rowdy...who does that?!

And, woah now! What kind of fans stay home after they've just watched television at home till midnight on a work/school night?! That is unreasonable!

I am on board with The Tuck. Phillies phans, you are all objectionable and rude. Stop celebrating the ways that you do. You are all so abnormal. No one else is like you...don't you understand? The NY Post has exposed you all as horrible people. Just stop watching sports. The Nation of New York will always be better than you and your teams.

In closing, Reed Tucker has opened my eyes. I can only hope to be a little spec of light in the sky where he is the brightest star and that he will allow me to shine with him.

Anonymous said…
Yeah, because there are no New Yorkers in BARS watching the games right? And I'm sure nobody in NY will be drinking ALCOHOL (gasp) if the Skankees, by miracle alone, pull off a WS win.
Who the hell is this moron? If he thinks Philly Fans are soft perhaps he should bring his balls of steel to a game and we'll show him how SOFT we are. I'm gonna dress up as a big pile of CRAP and be Reed Tucker for Halloween!
October 30, 2009 at 3:39 PM

Anonymous said…
Where did this idiot get his Journalism Degree? A Cracker Jacks Box????
Lets take a poll and see who thinks Reed Tucker is a jackass...
1. ME
Well there ya have it folks, Reed Tucker is in deed a jackass, because one person thinks so, it MUST be true! ha ha
October 30, 2009 at 3:41 PM