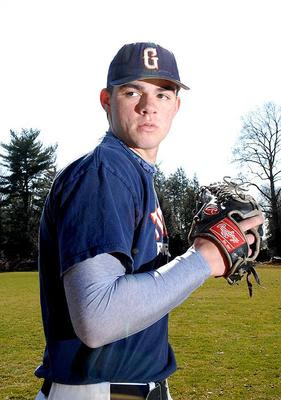 The Phillies have agreed to terms with their top draft pick Jesse Biddle. The lefty pitcher Biddle was introduced at a press conference this afternoon, before the media, at Citizens Bank Park.

A high school senior taken with the 27th overall pick, Biddle finished the season with a 9-2 record, a 1.06 ERA and an astounding 140 strike outs in 59 1/3 innings pitched for Germantown Friends School in Philadelphia. Biddle's contract agreement included a $1.16 million signing bonus.

Today, the Phillies also reached an agreement with second round draft selection Perci Garner. The official signing is expected tomorrow. Garner, a Ball State pitcher, was taken 77th overall in the 2010 draft. With the BSU Cardinals this season, Garner posted a 5-3 record with a 4.62 ERA. His slot money signing bonus us projected at $450,000. Garner led his team in strike outs with 83 in 74 innings pitched.