Blanton's Struggles No Reason For Panic 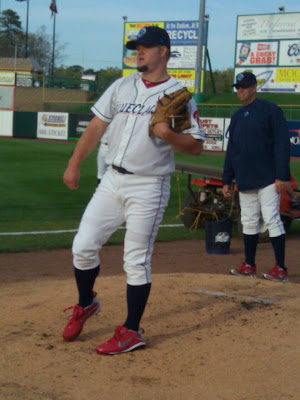 This season, as he recovered from an oblique strain, Joe Blanton showed up in Lakewood, New Jersey for a rehabilitation assignment slimmer and ready to prove himself worthy of the 3-year/$24 million contract extension he signed with the Phillies in January. He showed up more fit and with refined control, as he threw 2 solid innings for the A-level BlueClaws on 13 pitches, 11 of which were strikes.

Blanton was well known for being a pitcher who hadn't previously missed time with injuries and, when speaking with PhoulBallz writer Jay Ballz in April, asserted his desire to reach the 200 inning plateau once again this season, despite his late start, missing the entire month of April with the big league Phillies. Blanton's inning totals would regularly be in the 190-200 innings pitched range each full season of his career. He once reached 230 innings pitched for Oakland in 2007, when he led the American League in starts. Blanton is now on pace to pitch roughly 160 innings for the season, which is not bad considering the injury delay, but not near what Blanton wished his own output to be.

Blanton has just 2 quality starts (defined as an outing where a starting pitcher will throw at least 6 innings, and allow no more than 3 earned runs) in his 7 games in 2010. The Phillies have won just 2 games that Blanton has pitched in out of those 7 outings. 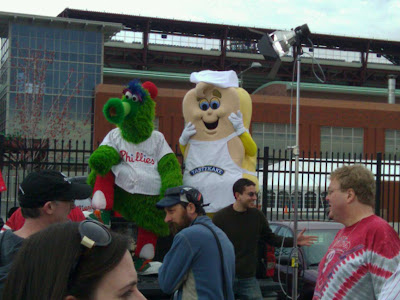 No longer performing as a successful innings eater, with a 1-4 record and a 6.07 ERA this season, perhaps Joe's real life eating habits that trimmed his waste size have had an effect on his performance on the mound. Could it be time to thicken Joe Blanton back up? On Phillies game broadcasts, phans hear nightly that "Nothing goes better with Phillies baseball than a Tastykake!" It might be time for the Phillie Phanatic's pal Kirbee Krimpet to pay Blanton a visit and return him to his previously pudgy status. Blanton had a career 4.21 ERA prior to this season.

Kidding aside, Blanton's ERA through his first 7 starts in 2009 was 6.86 and his record as 1-3. Over the 7 starts that followed, Blanton posted a 3.53 ERA and a 3-2 record. He finished 2009 with a 12-8 overall record and a 4.05 ERA. The ERA was an improvement over his total in each of the previous two seasons. So phans, rest assured that there is plenty of time for Blanton to right his own sleek and streamlined ship.