By Jay Floyd March 16, 2010
PhoulBallz.com is wondering which individual who has portrayed Willie "Mays" Hayes is the favorite of the public. Hayes, of course, is the character made famous in the Major League motion picture series.

In Major League, Willie "Mays" Hayes was portrayed by budding Hollywood actor Wesley Snipes, who would go on to action movie superstardom. Snipes has starred in major motion pictures like the Blade trilogy, Passenger 57, Undisputed and many more. Snipes remains an impact Hollywood actor, despite legal troubles related to income tax evasion. 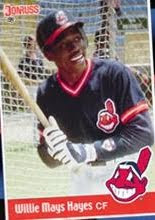 Snipes was replaced for the sequel, Major League II when his busy career, and possibly the film's budget, would not allow him to return, by Omar Epps. Another budding actor, Epps had previously worked with director David S. Ward, on the film The Program, and landed the role of Hayes, who had become a Hollywood action star over the off-season that occured between the two films. Epps' career portraying athletes rolled right into a career portraying doctors on television programs such as E.R. and House. 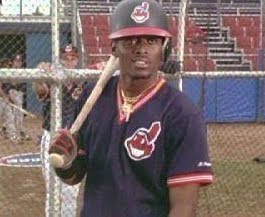 These day, Willie "Mays" Hayes is portrayed all over A-level minor league towns by Phillies outfield prospect Anthony Gose. The speedy, crooked-cap wearing Gose led all of professional baseball with 76 stolen bases in 2009 and this year asserted his desire to steal 100 bases in a season. Phans in New Jersey got a healthy dose of Gose as he led the Lakewood BlueClaws to the South Atlantic League championship. Gose is expected to play with the Clearwater Thresher this coming season. 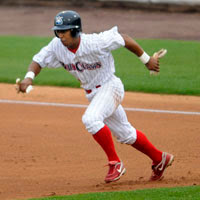 So, phans...the question is, "Who is your favorite Willie 'Mays' Hayes?" Be sure to vote. 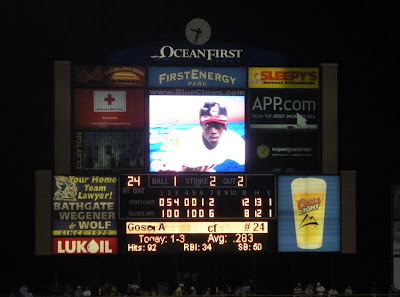 In 2009, the Lakewood BlueClaws used an image of Snipes in the role of Hayes to identify Gose, while at bat.