Trevor May Q&A With PhoulBallz 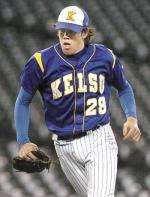 Trevor May is a starting pitcher for the Phillies single A affiliate Lakewood BlueClaws. Drafted in the 4th round of the 2008 amateur draft, Trevor began this season in extended spring training and joined the team late. May, a 19 year old, has a 2-1 record and a 3.02 ERA over 9 starts for Lakewood this season. His ERA over his last 7 games is 2.43. I had a chance to speak with Trevor after Saturday night's game, and here's how that went.

Tonight was just one of those nights where I went out there, tried to get some off-speed going...it didn't work as well as usual and I just tried to battle through and have a good outing. I want to go out there every time and give my team a chance to win. Ya know, don't give up any runs...whatever it is. I feel like, for the last month or so, every time I go out there I give my team a chance to win. Tonight was another one of those nights.


I've spoken to pitching coach Bob Milacki a couple times about who on the staff he's confident in being able to pitch at higher levels. He has mentioned your name. How does that make you feel?

That's great. Especially when we've got the playoffs coming up. Clinched it already and I'm guaranteed at least one start. It's a big confidence booster, especially from a pitching coach who's been in the game for so long and seen so many pitchers, has confidence in that you'll go out and you'll do what he wants you to do, when you need to do it. And that's huge, especially from a guy like Bob. That's awesome.


How big of a help has Coach Bob been to your success this season?

Oh, huge! I came to Lakewood out of extended spring training and we have great guys down there, but it's just a whole different game. I came with a starters' pitch count, I could throw more innings. In extended, we were limited to 5 (innings), there were no fans. Lakewood's a great place to play. So, just having Bob there to help you manage you nerves and just work on things like how to throw to guys at this level is just- since I've been here, I've doubled my ability.


Who was your favorite pitcher growing up?

When I was really young, it was Nolan Ryan. And the past few years, when I was in high school, it was Josh Beckett. He's got that hammer of a curve ball, and just goes out there and- "here's what I got, see if you can hit it". That's how I like to go out there.


What's your pitch repertoire like and what are you working on improving?

I came up here and started throwing the change up a lot and it's always been fastball/curveball for me, but I think the change up's coming along. I throw it full count, behind in the count, any time I want. Everything's far from great, but I feel just having off-speed pitches and throwing them back door, beginning of counts...I've always been a power guy, throwing lots of fastballs, I think I'm getting to the point where I have three solid pitches that I can throw when ever I want.


Where do you think your ceiling is and where do you see yourself in a few years?

Ya know, it's always to break it in the big leagues. I'm 19 years old, I'll turn 20 in about 2 months, and it's just a goal to get up there and get up there fast. I see two guys that were drafted the year before me, Rick Porcello for the Detriot Tigers and Trevor Cahill for the Oakland Athletics are both 20 years old (Cahill is actually 21) and pitching in the Major Leagues. I'm not saying 20 years old (for me), I'm just saying that's the goal. If guys like that can do it, why not? 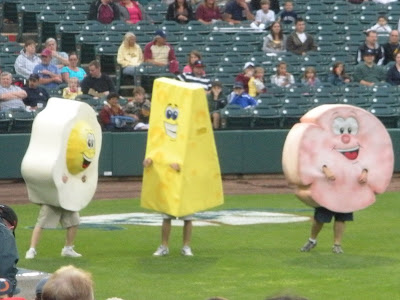 There's been some (joking) buzz among the fans that the between innings Pork Roll, Egg & Cheese race is fixed. Do you have any comments on that?

I've been thinking some things, myself. Sometimes the Cheese just pulls a hammy or something and the Pork Roll just comes through. I don't buy that.


Would you have tips for teenaged players hoping to continue playing baseball beyond high school?

Honestly, don't ever count out the possibilities. I went in my senior year signed to a division 1 school, that was huge. Especially where I'm from. I had no idea about professional scouts and I had some real good outings, and started throwing harder and guys got me on (speed) guns and now here I am. You just gotta do the right things when the opportunities present themselves. You never know who's watching.
----------------------------------------------