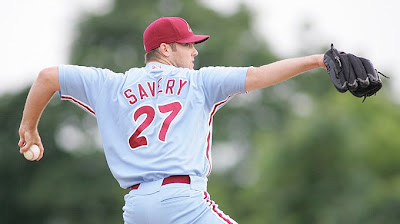 The Double A Eastern League All Star Game took place Wednesday night in Trenton. The evening included a homerun derby that pitted prospects like the Twins' Rene Tosoni, Boston's Lars Anderson and the Phillies' own Michael Taylor against the likes of two local high schoolers. Mike Fassl, a New Egypt High School senior, won the contest by besting Toronto's Brian Dopirak (19 homers so far in the regular season) 1-0 in the final round. And yes they got 10 outs. The entire Derby was difficult to watch. Futures Game MVP Rene Tosoni put up a goose egg (zero) in the first round. Michael Taylor laid on some drama, going 9 outs into his session before blasting one out to left-center. He ended his round with 1 total homerun. The Indians' Carlos Santana put down his guitar to participate in the derby as well, and slugged just a single shot also. Fassl's father, Mike Sr., was his pitcher for the event.
In the game itself, the Southern Division won the game, led by Miguel Abreu, who was named the game's most outstanding player, or whatever they call their MVP honor. Abreu, the second baseman, had two hits, 2 steals and scored twice, including the go ahead run for the Southern All Stars. Joe Savery started the game for the Southern Divisioners, and he threw a scoreless inning to start the team off properly. Reading's Vance Worley was the winning pitcher, as he pitched a scoreless 7th, and was still the pitcher of record when the team went ahead for good in the top of the 8th inning on a Jason Delaney (Indians) RBI hit. Michael Taylor drove in an insurance run in the 9th inning with a single, and when a second runner, Reading CF Quintin Berry, was waived home, Berry was gunned out by 5 feet, by CF "Goose Egg" Tosoni.
Here is how the Reading players fared-
Taylor...1-for-4, 1 walk, 1 run, 1 RBI, 1 K
Berry...1-for-1, 1 walk, 1 SB
Neil Sellers...0-for-2, 2 K's
Savery...1 inning, 1 hit allowed, no walks or strikeouts
Worley...1 inning, 1 hit, 1 walk, 1 strikeout, got the Win 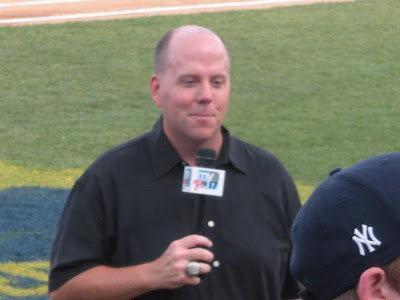 Former Trenton Thunder broadcaster and assistant GM, T-Mac, was in attendance to report for MyPHL17 and to conduct some pregame ceremonies 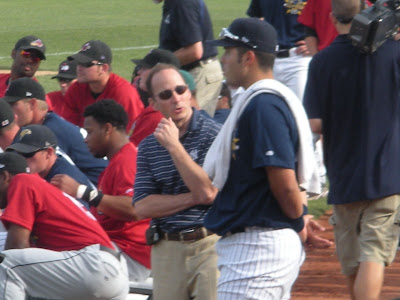 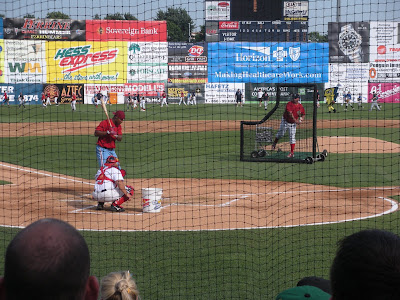