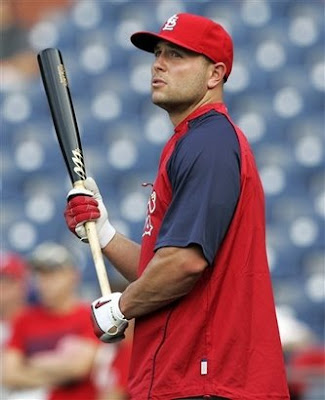 Dear Oakland A's,
You couldn't have waited till Monday to make this trade?! What the eff-hole?
Sincerely, PhoulBallz.com

Holliday quickly proved to be the impact player that Cards manager Tony La Russa has been wanting to add to the team's offense and contributed for the Cardinals, as he got 4 hits, an RBI, a run scored and a stolen base in the 8-1 defeat of the Phillies on Friday.

The Phillies go back at it today, at 4:05pm on the Fox national(/regional) broadcast.

PhilliesNation has an article about genius and Blue Jays general manager JP Ricciardi.

PhilliesFlow reviews the Phillies performances during the 10 game win streak compared to the rest of the season.

The IronPigPen has reviews of your Friday double A and triple A happenings from the Phillies system and more.

Sirius XM Radio has coverage of the Hall of Fame induction ceremonies this weekend. Check it out on MLB Home Plate, XM channel 175 and SIRIUS channel 210

More Hardball's got the goods on Jonathan Papelbon, suggesting he's possibly the best ever. They do this while quoting Vanilla Ice. It's GOLD, Jerry!