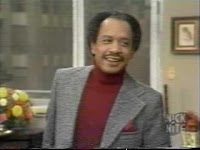 The Philadelphia Phillies are movin' on up. Since losing the first two games of July, the Phillies are 12-1 this month and have improved to a season best 13 games over .500. The Phillies are the only team in the NL east above .500 and have a 6 1/2 game lead over the second place Braves.
Let the Rookie of the Year talk prevail this week. The Blue Jays trade talk is stale at this point. If it happens, great...but if not, "Jay" Happ has been excellent! After Sunday's win over the Marlins, Happ is now 7-0 with a 2.68 ERA and 1.15 WHIP this season. Over his last 5 starts, Happ is 2-0 with a 2.00 ERA.
By comparison, other ROY contenders likely don't match up. St. Louis's Colby Rasmus has posted a .270 batting avg. with 11 HR and 34 RBI in 85 games this season. Washington's Jordan Zimmermann and Atlanta's Kenshin Kawakami aren't close at all. However, the Braves' Tommy Hanson, who is 4-0 with a 2.85 ERA over 7 starts thus far might be Happ's best rival for the award.

Link action for you-
MoreHardball's got some fun content talking all about the Icon, Ruben Jr. Check it out by clicking here.
PhilliesNation talks about Halladay's value and the Mets fading.
IronPigPen oinks about Lehigh Valley's player-coach David Newhan...click here.
FanNation has a featured review of the new MLB video game The Bigs 2.