Charlie Manuel announced his starting lineup for the National League all star team this morning. Here's a glance at the lineup... 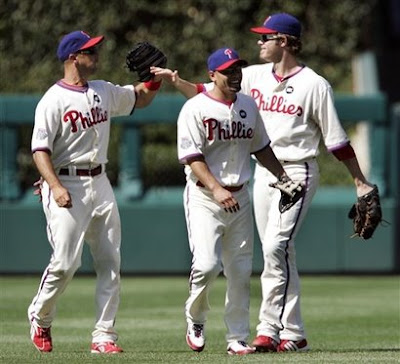 Don't be surprised to see Manuel remove Ryan Braun from the game around the 3rd of 4th inning, to substitute Jayson Werth into the game in order to play the three starting Phillies outfielders in the game, at once, for an inning or two. 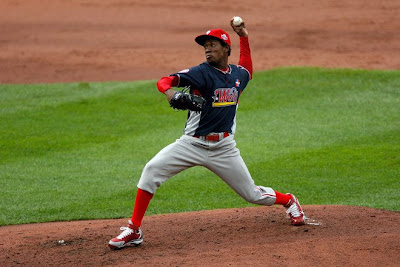 In the MLB Futures Game on Sunday in St. Louis, Reading Phillies pitchers Yohan Flande and Kyle Drabek each threw a scoreless inning...Flande for the World Team, Drabek for the USA Team. Click here for some video highlights of both pitchers in the All Star Futures Game. Click here for PhoulBallz.com's exclusive interview with Kyle Drabek.

----------------
There is still plenty of chatter about the Phillies and Pedro Martinez. Reports have Martinez flying to Philadelphia during the All Star Break to meet with team doctors for a physical examination. Once the exam is passed, the Phillies are expected to sign Pedro. Click here for Todd Zolecki's latest article on the situation.