Question: Who is Joba Chamberlain? 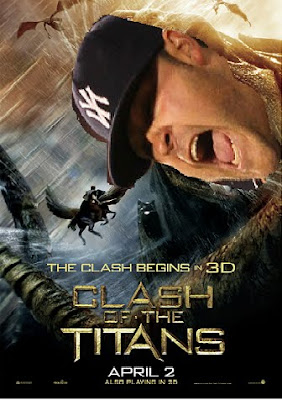 Correct! Joba appears in the nation's #1 film as a mythical sea creature that battles the hero in the movie.

It is PhoulBallz Phillies Wednesday once again on The Shore Sports Report. You can listen to Mike & Joe each weekday from 3-6pm on the Jersey shore's Fox Sports 1310am and WOBM AM 1160. I will be on the show this afternoon, at 3:20, talking Phillies baseball. Web stream can be found at this link.