By Jay Floyd April 15, 2010
Today, as all of baseball celebrates Jackie Robinson and the end of racial segregation in Major League Baseball, the 2009 National League Champion Phillies received their championship rings in a ceremony prior to the game at Citizens Bank Park.
For those of you wondering what the rings looked like, check out the images below. 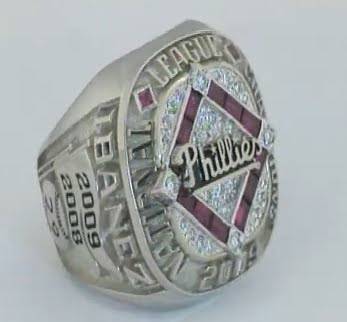 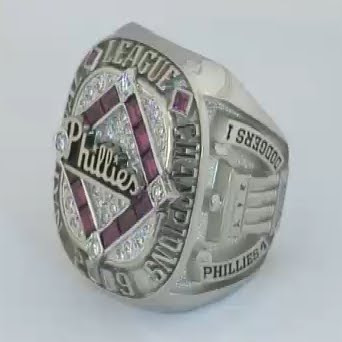 Opposite side of the ring, showing the result of the National League Championship Series...Phillies 4, Dodgers 1. 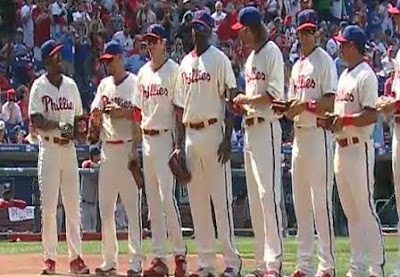 A happy group of starting Phils with their rings. 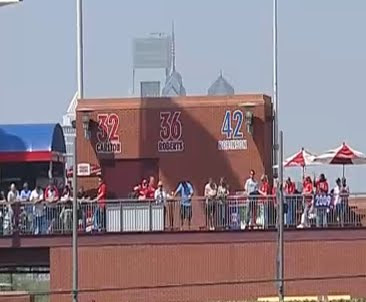 Robinson's number 42 is retired all throughout MLB and will be worn by players on all teams, as a tribute, on April 15th each year, the anniversary of the day Robinson broke the color barrier with the Dodgers.