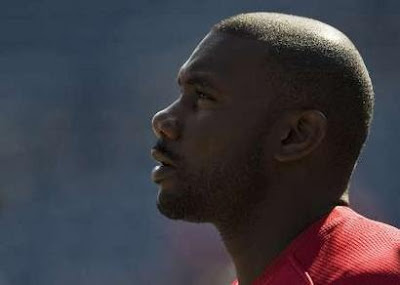 No Phillie has ever signed a contract this large. Today, the Phillies announced that they've extended all-star slugger and former NL Most Valuable Player Ryan Howard with a 5-year $125 million guarantee. The deal could be worth as much as $138 million if the team exercises their option for a 6th year, in 2017.

Based on those annual salaries, and with Howard making $19 million this season and slated to make $20 million in 2011, according to Yahoo!, Howard will not receive a significant increase to his base salary until the 2014 season.

The deal also includes a limited no-trade clause as well as some incentive and awards bonuses.

It remains to be seen how this investment by the Phillies effects the impending free agency of phan phavorite outfielder Jayson Werth, whose contract is done after the 2010 season. An all-star last season, who has become a perennial 20-20 guy (20 homeruns & 20 steals per season), Werth would like to stay with the Phillies but may have priced himself out of the team's desired range, especially when they have big dollar commitments to players like Howard, all-star second baseman Chase Utley and starting pitcher Roy Halladay...and even more so, when one considers the Phillies' top prospect is a right fielder, named Domonic Brown, who is a 5-tool guy that projects to reach that 20-20 plateau.

More updates on this story, as they become available.

Jay Floyd said…
I am hearing that Yankees comparison more and more lately.

I suppose it's a good thing.


This extension is good. He was bound to get more money if he went to free agency. Ryan Howard is an elite hitter in MLB...and he's a Phillie for 6 more years, guaranteed! That is reason to be happy for phans.
April 26, 2010 at 5:40 PM