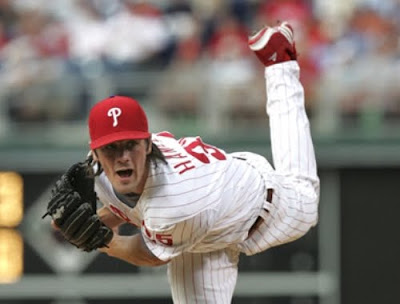 The Phils won 15 and lost just 3 against the Nats last season.

**Update** The Phillies claimed 35-year-old right handed pitcher Nelson Figueroa off waivers from the Metropolitans today. Figueroa, a former Phillie, is expected to be added to the Major League bullpen. In 16 games with New York last season, Figueroa had a 3-8 record with a 4.09 ERA.

Don't forget to tune into The Shore Sports Report today around 3:20 to check out the weekly segment with PhoulBallz.com's Jay Ballz! You can list on the air on Fox Sports 1310 or WOBM AM 1160, both near the Jersey shore...or online by clicking this link.