Who Gon' Run This Town? 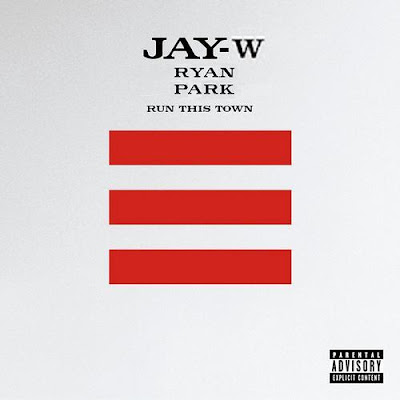 Yeah, they do. Jayson Werth, Chan Ho Park and Ryan Madson led the Phillies to victory on Wednesday night.
Werth had two hits, one was a leadoff homerun in the 8th inning to give the Phillies a lead. He also drove in two and scored two. It was Werth's 33rd homer of the season and his 4th in the past 7 games.
Chan Ho Park got out of a jam in the bottom of the same frame, after an error and a double off starter Cliff Lee left the Nationals with 2 runners in scoring position, down by two runs. Park entered the game with no outs and shut down three straight batters after a walk to the Elijah Dukes, allowing just one of the inherited runners to score on a sacrifice fly.
Ryan Madson then entered the game with a 1 run lead, in place of struggling closer Brad Lidge. A leadoff single to Justin Maxwell was followed by Maxwell's steal of second. It seemed like an all-too-familiar road save situation by the Phillies' bullpen. The threat of the tying run was quickly erased when Madson struck out Cristian Guzman looking and got Adam Dunn to line to Chase Utley, who flipped to Jimmy Rollins to double off Maxwell. Game over. Phils win.
Washington, DC...Jay-Dubya, Mad Dog and Chan Ho run that town! Or at least they did on Wednesday.
-------------------------
The single A Lakewood BlueClaws won their playoff opener on Wednesday night by defeating the Kannapolis Intimidators 4-2. They return home this Friday night to hopefully clinch this first round series. Game 3 would be in Lakewood on Saturday, if necessary. Click here for Lakewood playoff tickets.
The double A Reading Phillies were not so lucky, as they dropped game one of their series to the Akron Aeros on Wednesday. The teams will play again on Thursday, and the best of 5 series will move to Reading on Friday. Click here for Reading playoff tickets.

buyingachampionship.com said…
Could Madson be the new closer? Hmmm....not sure how I feel about this. Obviously Lidge can't get it done, but I don't have too much confidence in Madson.
September 10, 2009 at 9:15 PM