By Jay Floyd September 01, 2009
Hey, Audrina Patridge...even though I am not sure why you are famous, you are considerably attractive and you are wearing a baseball jersey, so PhoulBallz.com readers will likely listen to what you have to say. As such, let me ask you something. Why do the Dodgers think they can achieve success with guys the Phillies let go years ago? 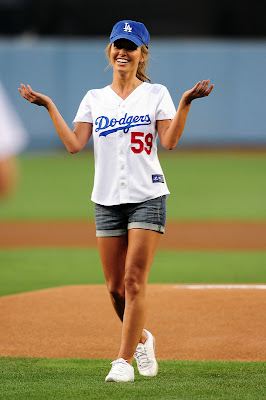 Yeah, I don't know either.

Surely, it is not ideal that the Phillies are still paying a portion of Jim Thome's contract this season, while he attempts to help last year's NLCS runners up get over that hump this season. And naturally we all miss the Wolf Pack, especially since many of us watched Randy Wolf come all the way up through the Philadelphia system, as well as Padilla's Flotilla. And who doesn't still have a place in his/her heart for Larry Bowa? Bowa will always be part Phillie. However, as dear as Phillies phans might hold certain times with those guys in their hearts, phans also know that their team is better off with those men elsewhere.


Thome's still a good hitter and is on the verge of breaking into the top 10 all time in homeruns, but he is no longer an all star. Wolf is a serviceable pitcher, but the one time all star is no longer among the better half of starting pitching options in the league and is likely not a stand out better option than the current starting five for the Phillies. Padilla, another one time Phillies all star is certainly on a decline, and September is his worst month for ERA, averaged out in his career. All three of those players were let go by the Phillies when there were better than they are now. None are all star calibre players any longer. Larry Bowa, LA's third base coach, should be able to identify those facts...unless his abilities are on the decline too.


Granted, piecing together waiver trade deadline acquisitions, like Thome and Padilla, that could help just a bit is definitely worth the try, but I am here to provide all Dodgers fans with a forecast of the end result with those Phillies of 5 or 6 years ago. It won't be enough to beat the Phillies.


Listen up, Dodgers. The trick to grabbing up former properties of your main post season rival, and making it pay off by defeating said rival, is to grab players they gave up on before the players reached their full potential. You know...players like 2009 all stars Shane Victorino and Jayson Werth. The Padilla's, Wolf's and Thome's of this baseball world are not going to be Los Angeles' Hulk drinking hand wearing, rib pointing stars of the post season that the Phillies had in 2008...and will still have in 2009. 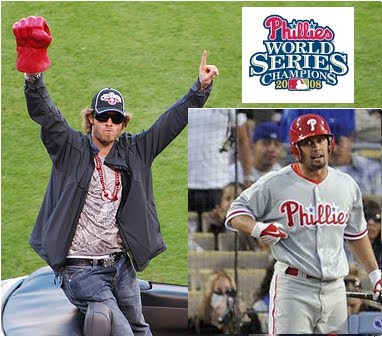