What the hell else was I going to write about...? 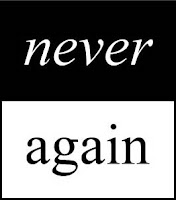 Considering Lidge's season-long struggles, what is the solution when Brett Myers is ailing with a back muscle/shoulder injury, when Chan Ho Park has an injured hamstring, when Ryan Madson looks just as inept in the 9th inning as Brad Lidge seems and when JC Romero is still unavailable to pitch due to a forearm injury? Well, on Wednesday night, with Hanley Ramirez batting with two outs and the tying run on 3rd base, your answer was Scott Eyre. Ramirez ended up walking, which led to a Jorge Cantu game tying single, then Ramirez later scored the winning run on Brett Carroll's game ending hit. Eyre would have been the ideal pitcher to face Hanley in that spot, needing just one out. Eyre is a lefty. Ramirez is batting 39 points lower against lefties this year than he is against right handers. He also has hit just ONE of his 23 homers against lefty pitchers this season. Furthermore, Eyre has been exceptional on the road this season, having allowed only 1 earned run in 22 road games. The Phillies stated that Eyre was available for Wednesday night's game, and he should have been used.

Don't confuse the outcome with the decision either...sure, Ramirez was not the batter who got the walk-off hit, but that doesn't change the point that a better match up, with a left hander facing the batter, is more likely to end the game there.

Charlie Manuel has spoken plenty about Brad Lidge getting back on the right track. Okay, even if he was on the track, he's just standing still on it. When that train comes through, it makes an awful mess.

It makes sense to some extent that the Phillies might try to stand by Lidge based on financial details. Brad Lidge is currently the third highest paid player on the team. He is owed a guaranteed $24.5 million dollars, going forward. Sure, there's an investment involved and he costs a lot, but he's costing the team more than money right now. Lidge is costing the Phillies games.

Can Brad Lidge continue looking in the mirror and not see what he has become? It doesn't matter. Can Charlie Manuel continue watching Lidge blow games and not make changes? Hopefully, not.

PhoulBallz has had plenty of Lidge posts this year. Follow these links to a couple favorites you may have missed.

Lidge Will Prevent a Repeat

Lidge needs to renegotiate his deal with the devil

Allen Schatz said…
A nicely done entry on your part, fine sir. As I wandered off to nighty-night time last evening (admittedly more annoyed at Rick Sutcliff's overt and mean-spirited attacks on ESPN re: Lidge), a thought came to mind on the closer spot for the post-season: J.A. Happ. I haven't beat it up yet enough to say more, other than "hmmm, I wonder". Anyway, good stuff as always.
September 24, 2009 at 10:29 AM

Happ is a good enough idea to consider. There are surely options. And the options increase and get better if certain guys can get and/or stay healthy.

I'm just a phan of the committee concept right now. Last night, in that situation I cited, Eyre would have been a great choice. Other times, based on match ups, maybe Madson or another guy would be the right choice.
September 24, 2009 at 10:39 AM

buyingachampionship.com said…
As of today, 09/24/09, the Phillies have a record of 88-63. To date, Lidge has 11 blown saves on the year. If Lidge had converted those save opportunities, the Phillies could potentially have 98 wins right now, which is more than any team in baseball (yes, even the Yankees). He makes me sick.
September 24, 2009 at 11:56 AM