Those Without Sin Throw the First Snow Ball

By Jay Floyd May 11, 2010
Special to PhoulBallz.com...written by Kelly Bloor and Johnny Bloor

Benjamin Franklin once said, "In this world nothing can be said to be certain, except death and taxes.” Had Mr. Franklin lived in his beloved Philadelphia today, he might add one more thing to the list:

Philadelphia fans are all too familiar with the Mad Libs-type paragraph that is tacked on to each and every article discussing an incident that took place within a mile radius of Broad and Pattison: "Once again, Philadelphia [Phillies/Eagles/Flyers] fans proved they are among the most [classless/rude/obnoxious] in [MLB/NFL/NHL] as [drunk/unruly/disorderly] fans [fought with/cursed at/spit on] opposing [players/coaches/fans]. Such [reprehensible/boorish/juvenile] behavior is [expected/common/customary] from the league's most [vulgar/uncivil/ill-behaved] fans. After all, these are the same people that [booed Santa Claus/cheered Michael Irvin's career ending injury/threw batteries at J.D. Drew]. 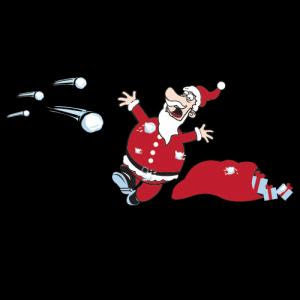 We are used to this reputation by now--perhaps even proud of it. After all, every opposing fan who declines to come to Philadelphia, out of concern for his or her health, means one more seat for a hometown fan. But after recently reading yet another article chronicling a brief history of unruly Philly fans, this one prompted by the recent Tasergate controversy, I wondered why I had never read similar articles about other teams unruly fans. Surely we weren’t the only fans who have exhibited such bad behavior?

The simple truth is that we're not. Not by a long shot. A quick Google search reveals some truly horrific incidents involving sports fans from other towns:

• In San Francisco, a fan was fatally stabbed outside of AT&T Park.
• In New Hampshire, a Yankees fan was charged with murder after purposely running over a Red Sox fan.
• In Los Angeles, a fight at Angels stadium lead to the death of a 27-year-old fan.
• In Cincinnati, the Browns coach was injured after a bottle-throwing incident.
• In New York, a Mets fan stabbed and fatally beat his mother, after a Mets loss to the Nationals. • In Los Angeles, at the Dodgers home opener, a man was stabbed multiple times in the parking lot.
• In Pittsburgh, a man killed his wife and set his house on fire because she yelled at him for staying up late to watch a Penguins game
• In St. Louis, a wheelchair-bound usher and an alcohol compliance officer were attacked by two women at Busch Stadium.

In addition, these events, that involved fans & team personnel and occured during major sporting events, rarely get a mention, while the Santa Claus bit, Irving injury blurbs and the battery tossing tale seem to be spun on heavier rotation than that Ke$ha song on pop radio stations.
• In Oakland, fans coaxed the Texas Rangers' bullpen into a physical altercation after the Texas organization requested additional security.
• In Detroit, a fight between the Pacers and Pistons spilled into the stands after Pistons fans threw beverages at the visiting team, prompting Pacers players to get involved physically with those in attendance.

All of the incidents listed above have occurred within the past 10 years. Know what didn't happen in the past ten years? Not one of the three cornerstone incidents that the national media constantly mentions to remind the world that Philly fans are louts: snowballs being thrown at Santa (1968), D batteries being thrown at J.D. Drew (1999), and Tim Hauck being thrown at Michael Irvin (1999).

The St. Louis incident involving the two young women attacking a wheelchair-bound usher is perhaps most telling. St. Louis is, as we have been told ad nauseam by the national media, Baseball Heaven. We're told that Cardinals fans are courteous and respectful--the antithesis of the Philadelphia fan. Yet this incident demonstrates the double standard that exists in the media. Had this incident occurred in Philadelphia, people would still be talking about it. It would be added boilerplate for any article discussing Philadelphia fans. But since it occurred in Baseball Heaven, all sins are forgiven.

Interestingly, in responding to the J.D. Drew incident at the time, Cardinals coach Tony LaRussa (the Pope of Baseball Heaven) said, “They were throwing batteries. With that history, to me, the first battery that comes out on the field the game's over. I hope that precedent's set. Somebody throws a battery, Phillies lose.” Was this the precedent set last year when Shane Victorino was doused with a warm beer by a Cubs fan? Was it the precedent set when Tom Gamboa was attacked by the father-son tag team of idiots at a White Sox game in 2002? When a five-inch Bowie knife was thrown at Wally Joyner at Yankees Stadium in 1996? When Astros right fielder Bill Spiers was tackled and bloodied by a Brewers fan that ran onto the field in 1999? The list goes on, but LaRussa has not suggested a similar precedent being set in those cities.

LaRussa's key phrase, the one that differentiates Philadelphia from Chicago, New York, and L.A., is "with that history." The phrase suggests that a different rule applies to fan bases with an alleged history (apparently, LaRussa goes to the Gary Bettman School of Justice where offenders are judged not on their actions, but on their history). But is that history deserved? Philly fans have been passionate for years, but what events occurred prior to 1999 that made LaRussa immediately condemn the city not just as-ill behaved, but as historically ill-behaved?

Simply put, besides throwing snowballs at a terrible Santa, there isn't much. Certainly not more than other cities.

A big tip of the cap goes to t-shirt site Philly Phaithful for the image in this post.

Anonymous said…
A shared trap hosting military talents or virtual hosting utilization or arrive from publican refers to a cobweb hosting waiting where myriad websites reside on harmonious snare server connected to the Internet. Each placement "sits" on its own break-up, or section/place on the server, to keep it separate from other sites. This is generally the most close-fisted privilege notwithstanding hosting, as uncountable people share the overall set someone back of server maintenance.
[url=http://hostinghouse.pl]hosting[/url]
August 4, 2011 at 4:52 PM