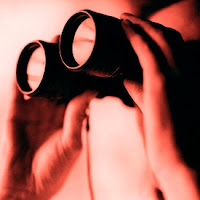 Major League Baseball issued a warning on Tuesday regarding accusations that Phillies bullpen coach Mick Billmeyer was stealing signs during Monday night's game against the Rockies in Colorado.

The statement from MLB stated, "We found the evidence inconclusive on what was being done, but we have spoken to the Phillies about the situation, and the umpires have been told to be on full alert as to what is going on."

According to Fox News, the Metropolitans are believed to have also filed a complaint about the Phillies, after they mopped the field with Johan Santana on national television two weekends ago.

The incident in Colorado was brought to light after the Rockies telecast showed footage of Billmeyer peering toward the infield with binoculars and a clip of Phillies lead-off batter Shane Victorino speaking on the phone with the Phillies' bullpen.

Only the use of electronic technology is against the rules when attempting to steal signs. Natural means are not banned. Binoculars, while not electronic, come close to crossing a line in regard to these regulations.

Annually, there are accusations made by Major League teams over the possible use of cameras and scoreboard lighting at various ballparks to assist with stealing and relaying signs. Stealing signs is part of the game. If a baseball team, at any level, fears having their signals jacked, they should develop their own methods to further complicate or change their signs, in order to keep them a mystery to their opponents.

The Phillies have long been suspected of potentially using improper means to steals signs. The Metropolitans reached out to MLB back in 2007, when former Phillies Marlon Anderson and Jeff Conine played in New York and reportedly relayed information about the Phils' methods of swagger jacking. During the postseason last year, Larry Bowa, the Dodgers' third base coach and former Phillies player & manager, spoke out about rumors that the Phillies were using cameras and possibly their bullpen to steal signs and relay them to the players.

Philadelphia's focus on sign stealing could be fully attributable to the Phillies current manager Charlie Manuel, who managed and coached with Cleveland in the late '90's and early 2000's. In 1999, the Red Sox accused the Indians of stealing signs via illegal methods. Red Sox manager Jimy Williams and pitching coach Joe Kerrigan, who would both later coach with the Phillies, were adamant that Cleveland was stealing signs, when they took a 2-0 series lead on Boston, in the best-of-5 Divisional round of the playoffs. Boston would bounce back and win three straight to advance in the postseason.

Manuel denies any connection to sign stealing methods, inappropriate or otherwise, but he does like that fact that his team effects the opposition's frame of mind the way it does, as Philadelphia's adversaries often worry about the Phillies, then scramble to adjust and change their own signals.

No illegal activities by the Phillies have ever been discovered, in regard to stolen signs, despite a surprise visit from an MLB official that followed the Metropolitans' whiny complaints in 2007.

Sign stealing is a lost art. The practice was commonly accepted by old-schoolers, but these days finger pointers would rather assume the worst and accuse teams of cheating than give them credit for picking a third base coach's or a catcher's pocket in a fair manner.

Here is some advice for teams who complain about such things...part of the game is developing signs and alternatives to those signs. Sign sequences should not be easy to translate, so, if your signals are stolen with ease, it's your own fault. If you fear your signs are stolen, use an alternate method. If you're still worried, talk to Cal's head baseball coach David Esquer...maybe he could help.

Reminder- today is PhoulBallz Phillies Wednesday on The Shore Sports Report. Tune in to hear me talking Phillies baseball with Joe & Mike around 3:20 pm today on WOBM AM 1160 and Fox Sports 1310 AM in New Jersey. You can also listen to the show live online by clicking this link.