What has the man they love to call "Benny Fresh" done to draw your ire? Last season after Benny was acquired in July, along with that Cliff Lee guy, he rarely went more than a couple days without an at bat. However, this season, Mr. Francisco just can't seem to get any playing time. Since April 27th, Ben has gotten just 1 at bat.
In 2009 with your Phillies, Ben didn't go a calendar week without 6 at bats and had at least 10 at bats per week down the stretch, as your Phils approached the postseason.

Are you still upset over that little thing where Ben went 0-for-11 in the postseason last year? Forgiveness is a gift that you can give to yourself, Charlie.

I know he's batting .211 with just 1 RBI this season, and yes, and he is struggling mightily compared to last season, but what do you expect from a guy with just 19 at bats since spring training?

If Benny suspiciously used binoculars and caused a national controversy, might he gain your support? 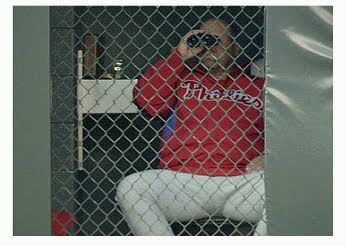 If Louis Ben Francisco made an all-star team and then proceeded to bat .235 over the next 105 games, would you have his back and write his name in the line up every day? 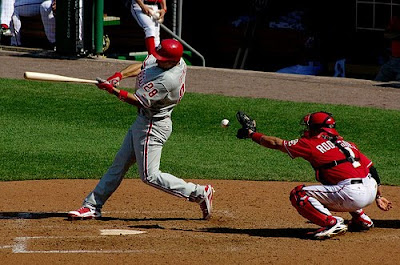 If The Ben Francisco Treat grounded into double plays every possible chance and tried to catch balls with his eyes closed, could he get some more at bats? 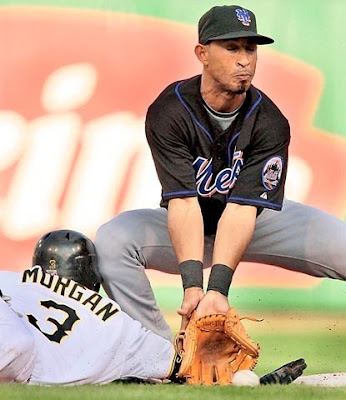 If His Royal Freshness rocked a psychopathic stare that made him resemble a villain from a 1990's action film, could he regularly appear in a pinch hit role?

Don't forget that Ben played for the same college that Chase Utley did, which means that southern California talent is "Bruin" within our Fresh Prince of Santa Ana. You should also recognize that Ben had an .843 OPS in 37 regular season games for your team last year, which is 188 points higher than the OPS produced by Greg Dobbs over his final 37 games that same season. And I know I don't have to remind you that Benny is like your favorite coffee brand...always guaranteed FRESH.

Come on, uncle Cholly. Hook a brotha named Benny up. Get our boy some playing time!

Sincerely,
Jay Ballz and the Get Fresh Crew

Anonymous said…
Amazing! Ben could be a starting and contributing his talent somewhere else. Get it together Charlie.
May 17, 2010 at 10:54 AM

Jay Floyd said…
Ben produced very well in Cleveland...so I have no doubt he could help this team if given the proper opportunity.
May 17, 2010 at 5:45 PM