On Saturday night in Florida, Roy Halladay completed the 54th game of his career, but this was one that would surely stand out above all those others. Halladay, a former Cy Young Award winner and multi-time all-star, made history with the ultimate performance of his career.
Retiring all of the 27 batters he faced, Halladay pitched the 20th perfect game in MLB history and just the 2nd in Phillies history. Jim Bunning threw a perfect game for the Phillies on Fathers Day, June 21, 1964 against the Metropolitans in New York. 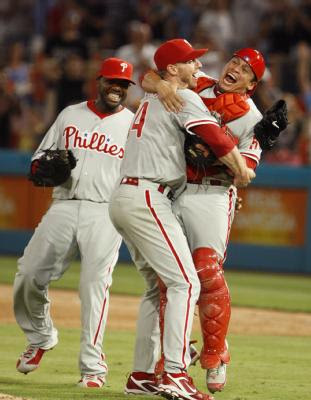 Everyone, from the Phillies broadcast team to Roy Halladay, gave credit to catcher Carlos "Chooch" Ruiz for being a big difference in the game. "We felt like we got in a groove early," Halladay said after the game, referring to Ruiz's efforts calling pitches behind the plate. "About the 5th or 6th I was just following Chooch. I can't enough about the job he did. For me, it was a no-brainer. Once we got to the 5th or 6th, I just followed him." 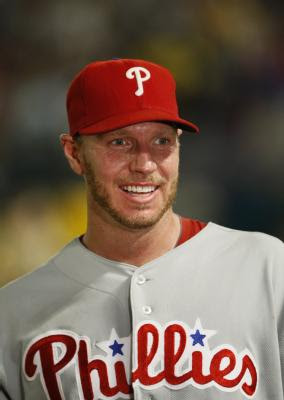 Halladay, generally a very composed individual, showed emotion after the final out was recorded, smiling big, for all to see. With 2 outs in the 9th inning, Halladay induced a grounder to third baseman Juan Castro, who ranged left, spun around and quickly threw out former Phillie Ronny Paulino, at first base, to lock up the landmark game in the lore of Philadelphia baseball.
Roy Halladay is now Mr. Perfect.
______________________