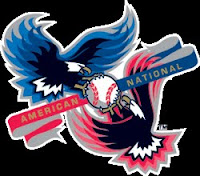 As we discussed yesterday here on PhoulBallz.com, due to a conflict with the G20 Summit, the interleague match up between the Phillies and Blue Jays was in jeopardy of being moved out of Toronto's Rogers Centre, most likely to Philadelphia's Citizens Bank Park. The series, scheduled for late June, would have featured former Blue Jays ace Roy Halladay's return to his former home.

Today, Major League Baseball announced a firm decision had been made to move the series to Philadelphia. The switch will give the Phillies 3 additional games in their home park this season, however, the Phillies will not actually be the home team.

The series will be played as though the Blue Jays are the hosts. In the three-game set, slated for June 25-27, the Blue Jays will be the home team (batting last) and the designated hitter will be used (as is the case in interleague games played only at American League parks).

There has been no official announcement regarding tickets for the games. However, it could likely involve Toronto ticket holders being allowed an opportunity to exchange their tickets for seats at Citizens Bank Park.

Initially, reports out of Toronto had the Blue Jays ironing out plans to cancel one of the weekend games, and instead scheduling a double header for another day, to avoid conflict and congestion. However, that concept never came to fruition and the Blue Jays and MLB decided to move all the games, instead.