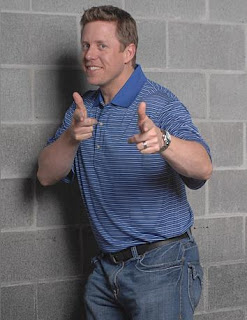 I am sure the news that Brandon Duckworth has signed a minor league contract with the Phillies has reached all you phans by now. When I first heard of the impending acquisition last week, I decided to treat it as non-news. The simple fact that Duckworth was not invited to big league spring training makes his signing as low impact as the Phillies could get. However, some phans still remember the former top Phillies pitching prospect fondly and are excited to hear the news.

Simply put, Duckworth is not good. With Omaha, the triple A affiliate for the Royals, last season, Duckworth had a 3-6 record with a 5.31 ERA in 20 games. In 8 seasons in the Majors, Duckworth is 23-34 with a 5.28 ERA. This is not an arm worthy of the slightest bit of excitement.

In fact, I am so adamantly not interested in this Duckworth signing that I am going to list some guys I would rather the Phillies sign...
1- Steve Carlton, Phillies Hall of Famer. The guy has been retired since the 80's but could offer more to the organization than Brandon Duckworth.
2- Tay Zonday, the Chocolate Rain/YouTube guy. He's weird and corny, but at the same time far cooler than Duckworth.
3- Mike Krenek or Joe Giglio from the Shore Sports Report. Millennium Radio's afternoon co-hosts threw out ceremonial first pitches prior to a Lakewood BlueClaws game in 2009 and I heard good things.
4- Henry Rowengardner, the 12-year-old from the film Rookie of the Year. Daring baserunners to steal while on the mound, taunting the opposition from the base paths...it's all about the mind games with this kid. He's intelligent beyond his years and I'd prefer his skills over Duckworth's, even after Henry's magically healed arm has conked out.
5- Tomas Perez, the former Phillies infielder. I had some Twitter chatter with some fellow Phils phans today, in which I reminded some PhoulBallz readers that Tomas, famous for his clutch post-game shaving cream pie celebrations, once pitched 1/3 of an inning for our Phillies. I have a feeling that the pie man could perform better than Duckworth.

The fond memories that some phans have for Duckworth include him winning the two Paul Owens Awards given to the top pitcher in the Phils' minor league system annually...Duckworth lost just 2 of 11 starts in his rookie season in 2001 and he posted a 3.52 ERA in those 11 games...and Duckworth was dealt to the Astros in a package that got Billy Wagner in return in the 2003-2004 offseason...but tops on everyone's list was Brandon's phan group, the Duck Pond. If you happen to live in the Allentown area, home of the Triple A level IronPigs, and wish to see Duckworth in action this season for a quick sniff of nostalgia on the Pond, best wishes to you. If you reside in the Reading area, home of the Double A Phils, you may even get a chance to bring back the Duck Pond. However, if you are hoping 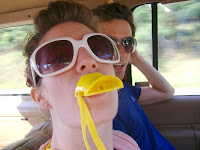 to blow a duck whistle at Citizens Bank Park this year, you may have a better shot at getting blown by a duck there, as chances are slimmer of Duckworth making the big club than they are of Donald and Daffy performing sexy type favors for phans in attendance.