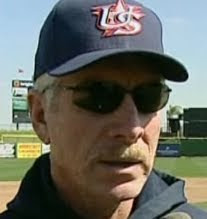 This week, Mike Schmidt spoke with West Palm Beach's NBC affiliate, Channel 5, about the recent news relating to Mark McGwire and steroid use.

Schmidt was asked what he thought of Mark McGwire's announcement earlier this week that he used illegal drugs during his playing career.

"It's good that he is freed up to pursue his new job, which is hitting coach with the St. Louis Cardinals. In that sense it's good. Never good for baseball when one of its all-time great stars, a guy like Mark McGwire who was so big in the late-90's into the early 2000's, helped save the game of baseball along with Sammy Sosa, officially admits to having used steroids, during that period. I think a lot of people were let down."

"I would be a little nervous. I'm not sure I could say to Mark, 'Hey Mark, ya know...you really shouldn't have done this,' or, 'You really shouldn't have done that.' He'd say, 'Hey, Mike...until you've walked in my shoes and had to face the nation with something that's going to change your life, your family's life, your- ya know- your passions, there's certain things you can do, you can't go anywhere, everything's changing in my life. I don't think you should second guess what I did, or the way that I did it.'"

This has been PhoulBallz.com...sometimes home to Mike Schmidt's imaginary conversations with other retired baseball sluggers.