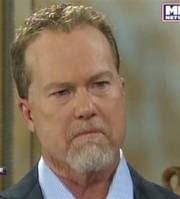 Mark McGwire made an effort to publicly come clean today, admitting to the world that he took performance enhancing drugs during his playing career. Steroids and human growth hormones were among the drugs that McGwire admitted to using.

MLB Network featured a one on one interview with Bob Costas and McGwire on Monday evening. The broadcast was virtually garbage, thanks to McGwire.

Ahead is a list of quotes from McGwire's interview.


McGwire repeatedly stated his point of view that there were no dishonorable intentions involved when taking steroids, and that he was merely using them as a means to recover from varying ailments. When asked if he felt like he cheated...

"As I look back now...I can see how people would say that. As far as the talent goes and the hand-eye coordination, the ability, the genetics I was given...I don't see it."

"I did not take this for any strength purposes."

Denial. Read on for similar B.S.


He whined about the abuse he's taken at the hands of public opinion, as though the opinion was unjust...

"I think a lot of people assumed (that I took steroids). That's what I've been living with."


Costas asked, considering the excuse McGwire gave about using the drugs to recover from injuries, if McGwire inadvertently gained advantages and became a better power hitter by taking steroids and HGH...

"I always had bat speed. I just learned how to shorten my bat speed...a pill or an injection can not hit a baseball."


When asked about illegal substances possibly being an "open secret" among baseball players in the 1990's, after saying that guys at gyms he'd use during the offseason talked about it...

"I can't remember any conversations about the subject in any of my club houses. If I ever did, which I don't remember, I walked the other way."

He doesn't remember any discussions in baseball locker rooms, but he remembers walking away. Smooth.


On if he views his efforts and achievements as completely authentic...

"Authentic in what way?"

"Unfortunately, I decided to take steroids, because of injuries, but (guiltiest pause ever) when I look at my hand-eye coordination, what God gave me and my ability, I have to think so."

I think McGwire dropped the genetics/hand-eye coordination/gifts from God stuff three times during the interview. It's sad to watch a man lie to himself.


Each time Costas asked about any other player, relating to illegal substances, McGwire would refuse to provide a real answer.

"I can't talk about anyone else. It was the era we played in. I wish I never played in the era. I wish we had drug testing."

He blames the era and wishes there had been rules against illegal drugs. Oh, I guess those rules like THE LAW don't really matter.


Costas stated that some members of Roger Maris' family have told Costas that, since Bonds and McGwire are outed steroids users, that the family considers Maris' 61 homers in 1961 to be the true single season HR record in MLB. On that subject...

"They have every right to. It's unfortunate that I played in the era. I wish whole-heartedly there was testing in this time."

Ahh, blaming the era some more, which is blaming the sport. It seems like that's what all these cheaters do.


McGwire doesn't grasp the reality of taking illegal drugs and cheating the game of baseball for years. During the interview, he steadily acted as though it was virtually a one-time event. When asked what he would tell players, in his new role as Cardinals hitting coach, if they asked him about steroids...

"It was the stupidest thing I ever did. There's no reason to go down that road. And look at what I have to do. I'm sitting here, by a stupid mistake."


The entire hour on MLB Network was awful. McGwire knows the bad rap that "the steroid era" has, says it's okay for the Maris family to think his achievements weren't real, hid this secret for over ten years, but won't say using the drugs was cheating or admit that the drugs could have possibly enhanced his power numbers. Coming clean with the drugs, but then denying their effects is a waste. McGwire can lie to himself, but this is like Donald Trump trying to deny that his wealth has something to do with his ability to get with models who are 20-30 years younger than he is. McGwire didn't come clean. He simply told half-truths.


great forum lots of lovely people just what i need