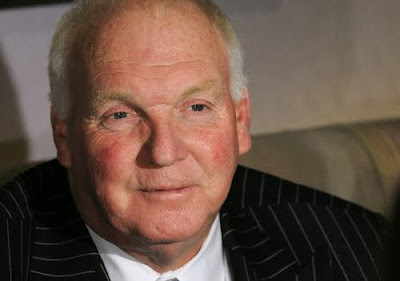 If you missed Charlie Manuel's press conference, on Tuesday, that was referred to as his State of the Phillies Address, you can view some of it by clicking here. In the latter portion of that clip, Manuel speaks about the dependable relievers that the Phillies have acquired this offseason...Jose Contreras and Danys Baez, stating, "Let me tell you something. We got two guys, if they're sore, or stiff, or got a headache, or they don't feel good, they'll pitch. And I know they'll pitch. And both of these guys are mentally tough guys. And that makes me feel good and I know both of 'em can pitch at least two innings. And I know they'll take the ball every time I want to give it to them. I know Baez will not turn the ball down."
There's no question that Charlie Manuel is pleased with the acquisitions of each of these pitchers. The question remains, who was Manuel so sour toward that he feels like the Phillies have had pitchers who didn't truly want to pitch anytime the manager wanted them? Was it Scott Eyre? Was it Chan Ho Park? Could be both.
Eyre spent much time on the disabled list over the last two seasons. He missed nearly 4 weeks from June 12th-July 6th and only pitched on consecutive days 7 times all year. Eyre also missed more than 2 months in 2008, just before becoming a Phillie, when he didn't debut until May 10th, the was on the DL from late June through late July. Managers and coaches are sometimes restricted from really pushing guys who are prone to injuries.
Of the regulars, Park had the fewest number of appearances on consecutive days out of the bullpen for the Phillies in 2009, with only 5 during the regular season. Consider that Park was a starter until mid-May, and that still doesn't excuse the man from not being available on back-to-back days down the stretch run and into the postseason. Park always made it clear that he preferred to be a starter, as he liked to rest and be on a schedule. Thus, Park was treated very delicately by the coaching staff, even in his relief role.
So, while some fans wished the Phillies would re-sign Eyre or Park, and might still be hoping for one or both to return, the bottom line of their absences this coming season could be that Charlie Manuel wanted middle relievers who are more durable than those guys and general manager Ruben Amaro Jr. went out and got Manuel some pitchers that could fill that request.
--------------------------------
Follow PhoulBallz.com on Twitter HERE!

mistertug said…
hmmmm. Maybe, but Cholly doesn't strike me as the kind of guy to hate on someone without just coming out and saying it.
January 27, 2010 at 5:46 PM

LHP Brown speaks on recent release and his future

June 05, 2020
Aaron Brown, image- Jay Floyd Please consider supporting my work and subscribe to  my Patreon page .  Your patronage will get you exclusive interviews and other prospect related material as well as early access to all of my other content such as this post.  Thank you. Aaron Brown was released last Friday after nearly six years in the Phillies organization. Brown, the Phils' 3rd round draft selection in 2014 out of Pepperdine, was primarily an outfielder after turning pro.  A two-way player in college, Brown switched to pitching in 2017 after struggling on offense (.224/.313/.360) at the Double-A level. A dominant hurler in college, Brown posted a 13-1 record along with a 1.95 ERA in 17 starts in 2014.  A solid performer on the minor league mound as well, the California native notched a 5-4 record with a pair of saves, a 3.82 ERA along with an 11.0 K/9 mark in 45 relief appearances for the Double-A Reading Fightin Phils last season. With free agency on the horizo
Post a Comment
Read more

June 12, 2020
Dylan Cozens, image- Jay Floyd Please consider supporting my work and subscribe to  my Patreon page .  Your patronage will get you exclusive interviews and other prospect related material as well as early access to all of my other content such as this post.  Thank you. Last week, as he rang in his 26th birthday, Dylan Cozens wasn't celebrating.  Instead, he took to the streets in the midst of rioting to protect local businesses in his native Scottsdale, AZ. After 1:00 AM, Cozens, a former Phillies outfield prospect and current Rays minor leaguer, caught a glimpse of some rowdy happening on Facebook Live.  Posts showed violence and thievery and the former second round draft selection wasn't going to let it continue.  "When I saw what they were doing and the reason behind it, I decided to try and stop it because it wasn't right. It had nothing to do with Black Lives Matter.  It was a hate crime to go and try to destroy businesses and loot and hurt peopl
Post a Comment
Read more