By Jay Floyd January 25, 2010
Plenty of news worthy items popped up over the weekend. Here are some nuggets you shouldn't miss. 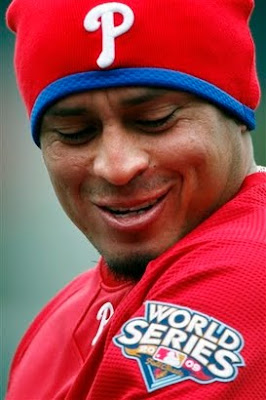 Carlos Ruiz officially signed a multi-year contract with the Phillies, avoiding arbitration. The deal is for 3 years/$8.85 million with a team option for a fifth year at $5 million. More on Ruiz's deal can be found here.

The Phillies also signed former White Sox and Rockies pitcher Jose Contreras to a 1 year contract. Info about the signing can be found here. Contreras projects to fill a vacancy out of the bullpen that the absences of Clay Condrey and Chan Ho Park will leave. The addition of Contreras adds to the list of 2005 World Champion White Sox that have gone on to sign with or play in the Philadelphia Phillies organization...Aaron Rowand, Tadahito Iguchi, Freddy Garcia, Ross Gload & Pablo Ozuna are others.

Former Phillies #1 draft pick Greg Golson was designated for assignment by the Rangers last week. This move was made necessary as Texas signed Khalil Greene to a 1 year contract. Golson must now be placed on waivers, traded or released. Golson was dealt from the Phillies to the Rangers last offseason for outfielder John Mayberry Jr. 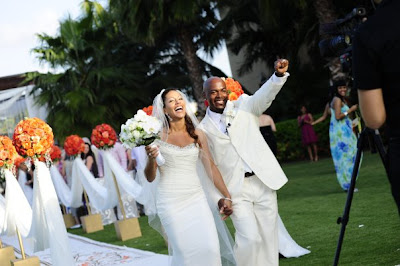 Jimmy Rollins got married on Saturday and The700Level has pictures of the big day. Can you pick out which All Veterans Stadium team member was in Jimmy's wedding party?

Former Phillie Lou Marson, who was dealt in the Cliff Lee trade last July, is the favorite to win the starting catcher job out of spring training with the Indians. Veteran Mike Redmond will be in camp to help the Tribe's young catcher along and projects to be the Indians' backup catcher, but the team should give Marson a ton of opportunities behind the plate this spring.

Matt Stairs agreed to a minor league contract with the Padres. Stairs, who turns 42 years old before the season, will be in camp with the Major League club in spring training. More on Stairs and the Padres- here.