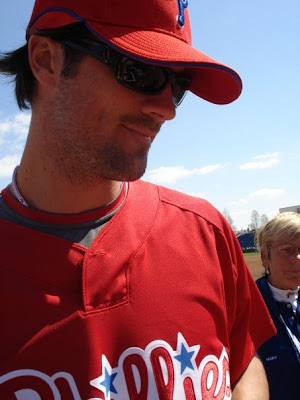 It has been over a month since they last faced off. This week, the Phillies return to Citi Field for another head to head series with the Metropolitans. The Phillies lost both games the last time they visited Queens on May 6th and 7th. Ahead, check out the pitching match up for this series, plus loads more notes.


Francisco Rodriguez has not allowed an earned run since April 24th. He's made 19 appearances since then. His batting average against is .053 in 6 career games against the Phillies.

Pedro Feliciano has not given up an earned run at Citi Field this year. His career ERA against the Phillies is 4.06 in 47 games.

The Phils will be making the trip to New York without an active Brad Lidge. Lidge, the Phillies' closer, has a 7.27 ERA this season and has already been scored on in as many games (13) this year as he was last season, and is one shy of how many he was scored upon in 2007. The Phillies are citing a knee sprain as Lidge's ailment. Ryan Madson is expected to fill the closer role, in Lidge's absence.

Check out Fox Sports 1310am's Shore Sports Report today around 3:30 for a live dose of PhoulBallz!