Division Lead Back to 3 Games 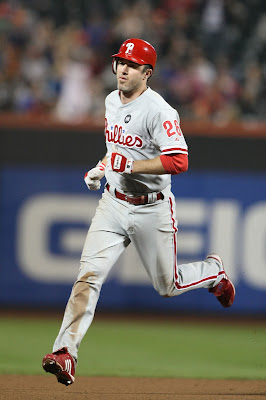 Six shut out innings by the bullpen, a diving catch by Jayson Werth and two homeruns by Chase Utley won the game for the Phillies and got their lead in the NL East back to 3 games over the Metropolitans.

It was a surprising effort from the bullpen as Scott Eyre, JC Romero, Jack Taschner, Chad Durbin, Ryan Madson and even Chan Ho Park shut down the Mets lineup in the extra inning victory. It was a risky play by Werth, who could have allowed the winning run to score if he hadn't made the catch on the ball batted by David Wright. It was clutch hitting by Utley, who, with his second homerun of the game, gave the Phillies an 11th inning lead that they would not let up. Huge win for the Phillies!

Jay Floyd said…
Are these google ads on my page a prank? Is someone at google adsense a mets fan?