The Season is On Deck 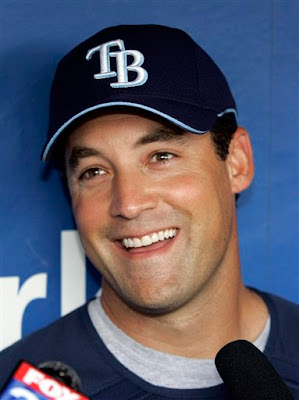 So, if you missed it last time, the initials on his cap stand for The Bat. He's back. He brought his new team along for a visit. Our Phillies beat them (again) tonight, on a Jason Donald walk-off hit, 3-2. The Bat's new team will play at Citizens Bank Park again tomorrow also. Then, on Sunday, it will be on, for real, as the champions of THE WORLD defend their title!
The Metropolitans signed Gary Sheffield. I didn't think he'd be fit well with the Phils. Although, he surely would have plenty to play for and prove, after being released this week.
The Phillies will open the season with three lefty relievers. "Jay" Happ and new acquisition Jack Taschner have made the opening day roster. Scott Eyre is, of course, the third left hander. Sorry, Koplove and Majewski...your spring ERA's (0.96 and 2.56 respectively) apparently weren't good enough.
Macho Row has the full agenda for the opening night schedule, minute by minute.
We'll see you all on Saturday at the ballpark!

Unknown said…
Thanks for sharing the link!