Don't You Fret None

By Jay Floyd April 08, 2009
Okay, it's a slow April like usual. The Phillies have lost their first two games. I am confident most of you are aware that our Phillies have overcome slow starts the past two seasons. However, if there are still some phans who can't lean on those serious rebounds, I've got just one phrase for you..."It's Ring Day!" As in the Phillies won the World Series 5 months ago, and the players receive their individual recognition today, so relax.

You are still allowed to enjoy that World Series victory. If rings aren't enough for you, the Phillies have been invited to the White House by President Obama, next Tuesday, in recognition of their championship. And if that's not enough, go have a shot of something good and call a therapist. 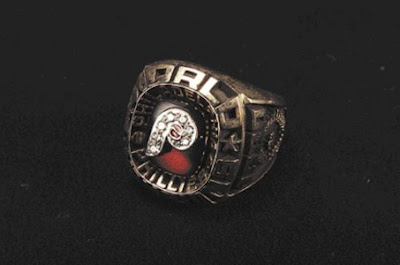 Amanda has a couple dozen more reason to hate the Mets. Swing and a Long Drive features a video of Johan Santana's different personal hand shakes/rehearsed hand jives with each teammate.

More Hardball has a review of Head Hunters- pitchers who hit batters, and batters who get hit.

IronPigPen has a review of the Reading vs. Lehigh Valley exhibition game. R-Phils won. 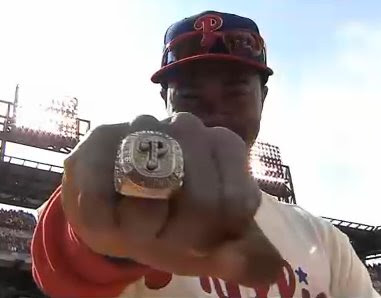 Amanda said…
Thanks for the link over.