Chan Ho Park- A Decade Ago 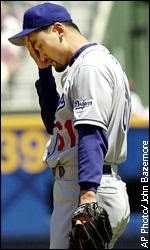