By Jay Floyd April 27, 2009
You may have heard that our Phils swept the Marlins this weekend. The two wins on Friday and Saturday marked the first time since September 1957 that the Phillies won back-to-back games after entering the 9th inning at a deficit. The third game of the series, a 13-2 win on Sunday, was the first time all season that the Phillies did not trail in a game.

Jimmy Rollins still has not stolen a base this season. There are three games left in the month, and if Rollins fails to steal a base, it would be the first time in his career that Rollins did not steal a base in the opening month of the season. In 2004, Rollins stole just one base in 19 April games, and ended the season with 30 steals. Last season, when Rollins missed much of April with an injury, he still stole 2 bags, in 16 games, and ended the season with 47 steals.

The Phillies' four main reserve players, Greg Dobbs, Matt Stairs, Eric Bruntlett and Miguel Cairo, are hitting .218 as pinch hitters (7-for-32). Take away Matt Stairs' 4-for-8 performance, however, and that average falls to .125 (3-for-24).

********
Update-
This just arrived in my inbox. The Metropolitans visit Philadelphia for a three game series starting this Friday. 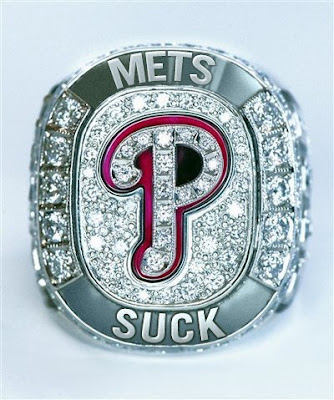 GM-Carson said…
Jimmy is struggling, and needs to find his stroke.

Greg Dobbs needs a start or two against a righty to get back on track.

Miguel Cairo is worthless and should not be on this club. The sooner Amaro finds a replacement for him the better.
April 27, 2009 at 9:01 AM