The Departed Don't Match Up 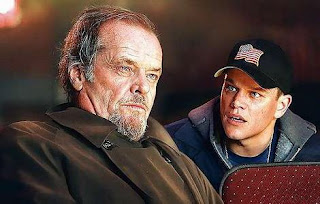 It is no secret that, right now, Raul Ibanez is making the Phillies look very smart. The Phils' phormer left fielder, Pat Burrell, is struggling in Tampa with a .238 batting average, 1 homer and 8 RBI, 6 runs scored with a .681 OPS. The new left fielder, Ibanez, is GD wrecking opposing pitchers with a .355 batting average, 7 homers, 17 RBI, 20 runs scores and a 1.142 OPS. Furthermore, Burrell's new club, the Rays, are 3-4 when Burrell drives in at least one run. Our Phillies are 9-2 when Ibanez has at least 1 RBI. Also, Burrell has hit safely in 12 of the Rays' 19 games, while Raul has hit in 16 of the Phillies 19 games.

There's no debate, at this stage, that the Phillies made the right call when they let Burrell go, and signed Ibanez to man left field. Hopefully, this will hold true throughout the rest of the season, all the way into the post season. Trends would perhaps suggest that Ibanez will cool off soon, as his career batting average in May is 45 points lower than in April (.293 career April avg. in 213 games, .248 career May avg. in 215 games). His drop off in career OPS in those same months is even more drastic- .844 in April, .713 in May. But, don't you fear, as Rauuuuul's career June OPS is .900 (his best month) in 193 career games. The bald basher bounces back, baby.
Ahead, we'll have a look around Major League Baseball and check out some departed Phillies' offensive statistics, so far this season, matched against the current Phillie in his position.

The only position where the advantage goes to a former Phillie, is right field. Abreu appears to be more productive than Werth, so far in April. Center field performance is debatable, as Marlon Byrd is doing well this year, but Shane bests him with runs, steals and RBI. All other comparisons are easily won by the current P-Squaders.


also i'd say werth/abreu is ever so slightly abreu if at all due to werths greater number of runs scored, werth put 2 less men across the plate, but crossed it himself 6 more times....avg etc is obviously abreu, but you can bat .750 and if you never cross the plate it won't win games
April 29, 2009 at 12:36 PM

Jay Floyd said…
Thanks, Joe. Yeah, the Werth/Abreu and Shane/Byrd ones are debatable, but I thought Abreu's steals and avg gave him the nod over Werth.

---
Totally non-baseball related, but if anyone happens to like Vince the Sham Wow/Slap Chop guy, check out this video-

GM-Carson said…
Werth will have a more productive season overall I believe than Abreu, although Abreu's wheels are kinda shocking right now.
April 29, 2009 at 12:51 PM