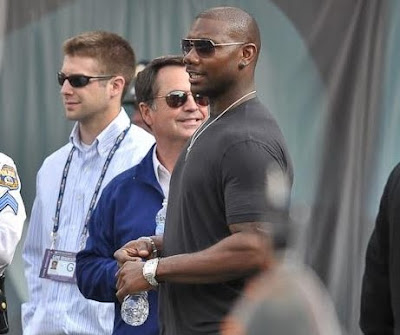 
Just 14 hours, or so, after his Phillies fell behind the Giants 1-0 in the best-of-seven National League Championship Series, first baseman Ryan Howard took in the Eagles/Falcons game and appeared as a sideline guest of FOX analyst Tony Siragusa on Sunday.

Internet phan buzz criticized Howard's presence across the street from the home of the Phillies, Citizens Bank Park. Much critique seemed to take on the same notions of, "Shouldn't he be watching film on Giants' pitcher?" or "He could be using this time to take some extra batting practice." However, not many will argue that if the Phillies had won Saturday night's NLCS opener that many folks would have had a sweeter taste on their tongues and very likely would not have greeted the situation with such an abrupt disapproval.

It is surely not the most ideal thing to see a player laughing it up and enjoying his day while most phans are still sweating the previous night's crucial loss, but Howard could have been doing worse. He could have easily been doing plenty of different things that would be detrimental to his game, like slamming a 30 pack with folks at an Eagles tailgate party or getting kidnapped by the opposing team's fans. Besides, Howard is simply still confident in his team's chances to advance to a third straight World Series, and their phans should still be confident as well. 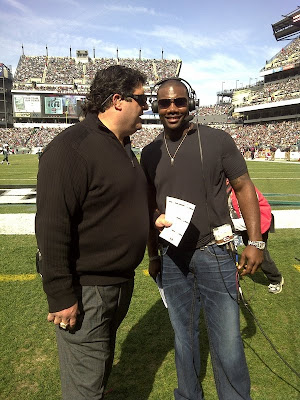 Do the right thing...follow PhoulBallz.com on Twitter by clicking HERE.