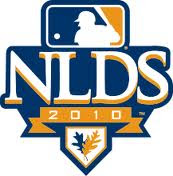 Save all the "Red October" chatter, that you've grown accustomed to, for another time, because after all the whacky scenarios and tie breaker discussions, it'll be the originally expected opponent, the Cincinnati Reds coming to Philadelphia to open the National League Division Series on Wednesday.

Thanks to a win by Atlanta over the Phillies in Sunday's season finale, and a victory by the Giants over the Padres, the Braves won the National League Wild Card spot. A Braves loss and Padres win would have resulted in a 3-way tie and multiple play-in games to determine a National League West champion and a Wild Card entrant for the league. MLB rules dictate that the teams with the best records in their league face the Wild Card team, provided the Wild Card is not from their own division. In that case, the team with the best record would face the other division champion with the weakest record from their league. Thus, the Phillies, who own the best record in all of Major League Baseball (97-65) for the first time in their existence, will play the Central Division champion Reds (91-71), as the Phils can not meet their division rival Atlanta in the opening round of the playoffs.

Game 1 will be held at Philadelphia's Citizens Bank Park on Wednesday at 5:07 pm. The pitching match up for the series opener will be Cy Young Award candidate Roy Halladay (21-10, 2.44 ERA) vs. Edinson Volquez (4-3, 4.31 ERA). The game will mark the first ever post-season appearance by Halladay, who was acquired by the Phillies last December for three prospects. In 18 starts at Citizens Bank Park this season, Halladay posted a 12-5 record with a 2.21 ERA and a .242 batting average against. Volquez is 2-0 with a 0.73 ERA and a .163 batting average against in 2 career starts against the Phillies. Volquez is coming off rehab from Tommy John surgery this year.

The Phillies' division title this year marks a franchise record 4 consecutive post-season berths. This will be Cincinnati's first trip to the playoffs in 15 years.