By Jay Floyd August 27, 2010
Ed Wade's Houston Astros swept the Phillies in Philadelphia this week. The defending National League champions did not look like contenders as they struggled to score runs and let a team that was 15 games under .500 run all over them.

Former Phillies Brett Myers, Michael Bourn, "Jay" Happ and Jason Michaels all performed well to help Houston sweep the Phillies. It was the first time since 2002 that the Phillies were swept at home in a 4-game series. 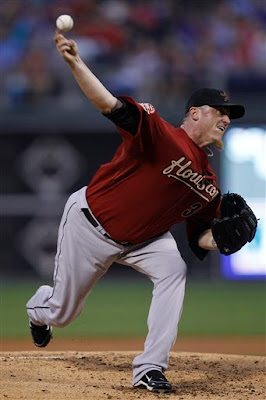 In game 1 of the series, Brett Myers earned the win, holding the Phillies to just 2 runs over 7 innings while striking out 9 batters. 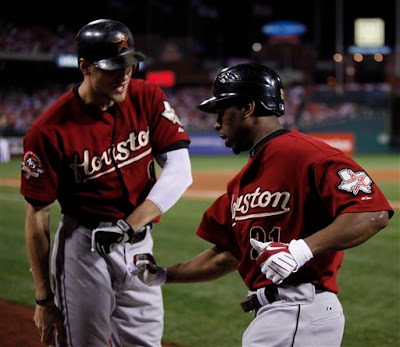 Mike Bourn had 8 hits in the series. He gets up against his former team and is a career .337 hitter against the Phillies (and just a .260 overall in his career). Bourn and Jason Michaels combined for 5 runs scored in the series, while the entire Phillies team scored just 7 runs. 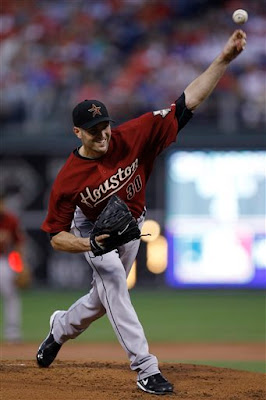 Last season's Sporting News Rookie of the Year, "Jay" Happ, who was recently sent to Houston in a package for Roy Oswalt, returned to Philadelphia and earned a win. Happ went 6 2/3 innings, allowing just 5 hits and 2 earned runs. 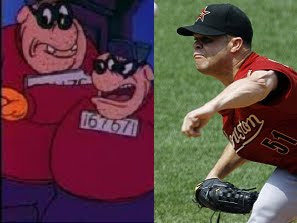 And if getting beat by your own cast-offs wasn't bad enough, the stunning sweep was completed on Thursday afternoon when one of the Beagle Boys, from TV's Ducktales, held the Phillies to 1 run over 7 innings, while striking out 6 batters.