Happy Birthday to THE BAT 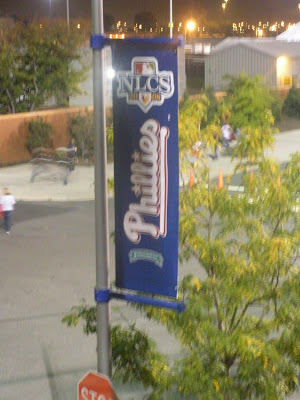 It's Pat the Bat's birthday. In the past two post season games, the birthday boy has hit 3 homers in important situations. In those past 2 games, Burrell is 5-for-7 with 5 RBI. Let's hope he can give all the phans a nice birthday gift today in game 2 of the National League Championship Series.

Also ready to heat things up is our boy, Chase Utley. Chase had 2 hits, with a 2 run homer in game 1 of the NLCS. These boys should keep it up.

Not a lot of time to give a thorough post here today...was out late last night at the game, and I'll be headed out shortly to game 2.

Your stat to ponder...In four of the five post season games this year, the Phillies have scored in only ONE inning. They've scored in just 7 of 42 possible innings on offense.

Phillies phans, holler if you hear me! Go, good guys

Anonymous said…
Happy Birthday! Bdayo.Com was created with one goal in mind to help our users enjoy, celebrate, and remember their birthday! Bdayo allows you to find unlimited amount of Birthday Freebies in your area and offer unique features to help you learn more about that special day!