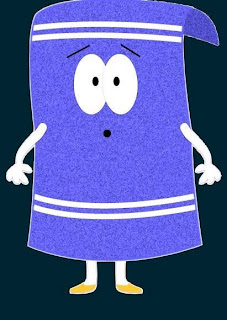 In what continues to be a string of bad luck (Utley surgery, Amaro Jr. over-spending on Ibanez, Elton Brand's shoulder injury) since Pat Gillick retired as Phillies GM, news is unveiled tonight that JC Romero has been suspended for the first 50 games of next season.

It's all very confusing, especially since the Phillies, MLB and Romero all knew about this during the post season. But it seems Romero purchased a supplement from a GNC store in Cherry Hill, NJ on July 22nd, and was told by a nutrionist, the Phillies' conditioning coach Dong Lien and MLB that the supplement was acceptable to use. 3 months later, it turns out, the supplement was not allowed. Romero was initially informed of the positive results on September 23rd. ESPN reports that during October Romero was told, by the Players' Association, that the case would be dropped because the findings of his drug screening were positive due to pills purchased over the counter. That did not prove true, obviously. Romero was also given a chance to reduce his suspension to 25 games at the start of the 2009 season, if Romero admitted guilt. JC declined. A second screening results came back on October 12th, and the MLB offer was altered. Admission of guilt, 25 games, starting immediately. Romero declined again. The end result is 50 games and $1.25 million.

There is no doubt in all of this that Romero, and all players, were misled by the Players Association. MLB and the MLBPA were aware of the banned substances being sold at every GNC store nationwide, but failed to inform their players.

These are over the counter vitamins and a man will miss nearly a third of the season and a large chunk of his salary!

So, let's add another blemish to the Commissioner Bud Selig administration. This guy really can't seem to go a full year without his name or his sport being tarnished.

IRONPIGPEN said…
It does seem silly a baseball player can be suspended and lose lots of money for buying a legal substance over the counter. I understand players are supposed to know what is 'banned'. But still. The whole affair seems silly, and a shame because Romero is good.
January 6, 2009 at 9:42 PM