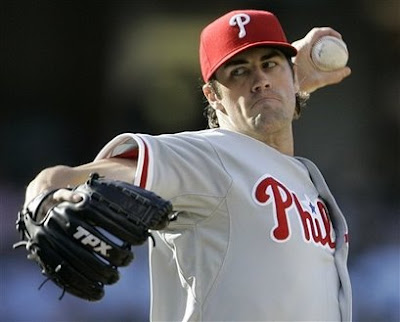 On Saturday, the Phillies signed Cole Hamels to a 3 year contract worth $20.5 million, thus avoiding arbitration with the star lefty. Greg Dobbs also signed a new 2-year deal, also avoiding arbitration. Many phans know a little about arbitration. It's one of those things we all hear about for a month or two of the year, we know there are hearings and some bargaining involved, but not everyone has a tight grasp on all the details.
Players are eligible for arbitration when they (1) have as many as 3, but less than 6, years of major league service; (2) a player has filed for free agency, and their team makes an offer of arbitration and the player accepts; (3) the player is a "Super 2", meaning- the player is among the top 17% of players and has more than 2, but less than 3 years of service. There are minimal criteria (86 days of service in the previous year) and cutoffs (2 years, 140 days) to be a "Super 2".
The requirements for teams in this process- (1) the team should offer the arbitration by December 12th; (2) in the case of the free agents player, the former team must offer the player arbitration by December 1st. If the player accepts by December 7th, the player is placed back on the team's roster, and the two sides are permitted to continue to negotiate, or go to an arbitration hearing. If the free agent player declines the arbitration offer, the sides may continue to negotiate; (3) The team's salary offer to the player under its control may not be less than 80% of the player's total pay from the previous year, and may not be less than 70% of his pay from 2 years earlier. However, these rules do not apply to free agents who are offered arbitration.
As far as the people responsible for the arbitration decisions, they are members of the National Academy of Arbitrators. The academy is approved by both sides in the arbitration process. Ideally some baseball knowledge is preferred by the members who deal in the process, but fairness and the ability to process complex information quite quickly is also key.
There are two options for the arbitrators, give the player what the team offered, or make the team pay what the player has asked for. These dollar figures would be based on numbers exchanged the month prior. Decisions are rendered within 24 hours of a hearing, without explanation. 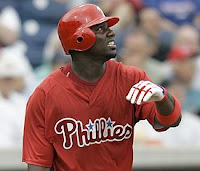 Hearings are held in Arizona and Florida, baseball's home states for spring training. The hearings are designed to force settlements before things reach the hearing stages. 1990 saw the record for filings by players get to 162, but the record of cases that actually went to a hearing was 35 in 1986. Typically, no more than a dozen cases reach the hearing stage each year. In 2008, only 8 cases got to hearings. Of those 8, only 3 of the players won (Oliver Perez, Ryan Howard, Francisco Rodriguez).
The arbitrators are a mixture of males and females. There are teams of 3 arbitrators formed for each case. Prior to 1994's MLB strike, the arbitrators rolled solo in each case.
In the past, a player might only be represented at a hearing by himself (the player is always present) and his agent, while the team might simply be represented by the general manager and prehaps the assistant GM. Nowadays, there are teams representatives on both sides, who might use computers to present videos or PowerPoint clips, as well as booklets full of statistical information. Each case will last 3 hours, or so...each side will get an hour, followed by 30 minutes of rebuttal from each side.
The remaining Phillies who may go to arbitration this year are Joe Blanton, Shane Victorino, Jayson Werth, Chad Durbin and Ryan Madson. Madson turned down a three-year contract worth 12 million dollars on Friday.