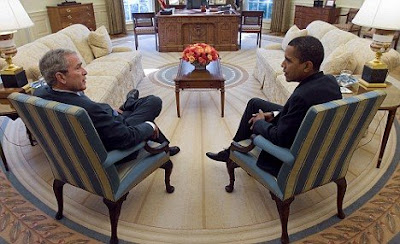 In the news this week, we heard about the tradition started by Ronald Reagan of outgoing US presidents leaving the incoming new president a note, in the oval office desk. I really think it's quite annoying that the media was permitted to have photo opportunities with the letter but the public is not permitted to learn what might be contained in the letter, but all-in-all, it's a pretty cool tradition.

This presidential custom got me thinking what it might be like if the same sort of practice stood in place for baseball managerial changes. What if Larry Bowa wrote a letter to his unknown managerial successor, prior to leaving Gary Varsho in charge in the closing days of the 2004 Phillies season? What would that letter look like...? 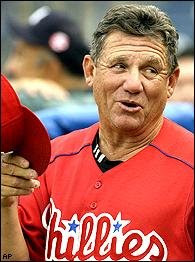 To whom it may concern,
Hi, my name is Larry. I was the manager here before. The team stunk and they always blamed ME. Some guy named Patrick was always causing issues and snubbing me. The guy could barely bat his weight, for average, and he wanted to blame ME. Once, he joined up with some reserve players and they dyed their hair and told people I was to blame for the team's shortcomings. My advice, if this ever happens to you, would be to find the lead hair dyer and release him...especially if his name is Tyler. Guys named Tyler just can't be trusted, in my experience.

There are really good local spots you should know about like where to get your
hair cut, where to get good hoagies and where to find a massage place that throws
in a tug at the end. Vuk is the guy to ask about all that.

I'm really popular here and the phans seriously dig me. My number is 10, so try not to let anyone wear that going forward, okay?

Alright, and what if Terry Francona, on his way out in 1997, wrote a letter to Larry Bowa?

Dearest Larry,
Hey, it's Tito...just wanted to say GOOD LUCK...a-ha-ha! This whole franchise is in the toilet. Matt Beech is the #2 starter! Hahahah! 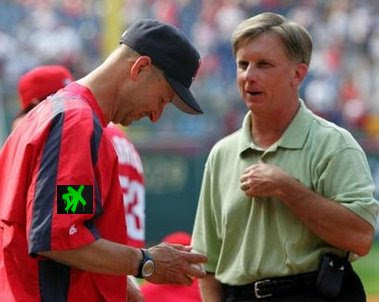 Amanda said…
Hahhaha, that was pretty funny. Good work. I remember when they all bleeched their hair. J-Mike and Burrell started it, and then the whole team did it.
January 22, 2009 at 9:04 PM