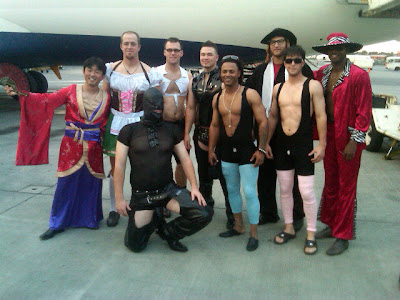 Obviously, this was a bit easier to do after the Phillies defeated the Metropolitans by a score of 9-4 on Sunday to end their 8-game losing streak. As the Phillies traveled from New York to Atlanta, for the final series of the regular season, the annual rookie hazing costumes returned.

The image was brought to the world via the glorious Twitter account of Phillies outfielder Hunter Pence.

Jay Floyd said…
Yeah, this is always a highlight to the season.