By Jay Floyd February 04, 2011
Hey, gang. I've got some pictures from today's Wing Bowl event hosted by Sports Radio WIP in Philadelphia.
An entrant in the annual wing eating competition that goes by the name Freak of Nature had an entourage that included ladies dressed in gear to represent each of the Phillies' four ace starting pitchers, Roy Halladay, Cole Hamels, Roy Oswalt and Cliff Lee.

Freak's float was also Phillies themed as a variation a well known monument. Mound Rushmore depicted each of the previously mentioned pitchers. 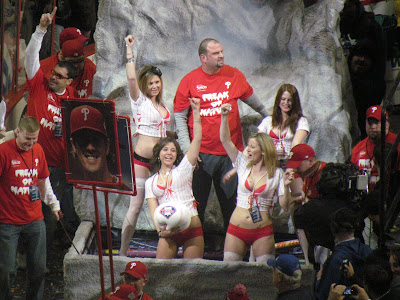 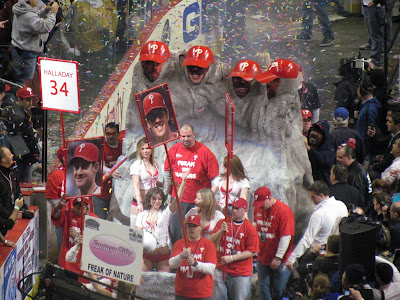 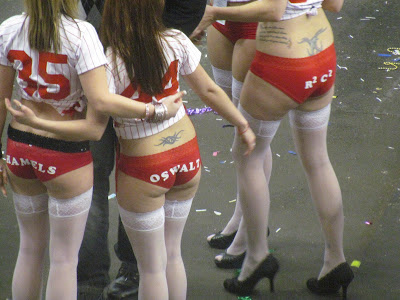 Also in attendance was famed professional eater Takeru Kobayashi, who did not compete, but vowed to enter the Wing Bowl competition next year. Unfortunately, there is still no official word on the Phillies' deal to acquire Kobayashi in exchange for pitcher Kyle Kendrick. 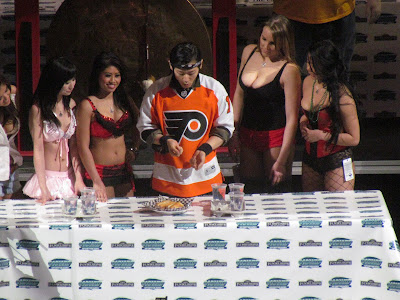