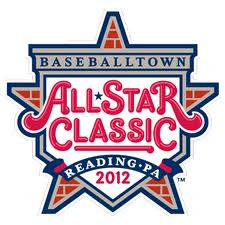 In a statement released in conjunction with the Eastern League, the Double-A Reading Phillies announced that six of the club's players have been named mid-season All-Stars.

The Baseballtown All-Star Classic is set to be played at Reading's FirstEnergy Stadium on Wednesday, July 11 at 7:05 PM.

Friend, a reliever that was acquired by the Phillies from the Oakland organization in the 2010 Rule 5 draft, has been tremendous this season. The 26-year-old sports a 2-0 record with a 0.33 ERA and 14 saves as Reading's closer.

Rodriguez, an 8th round draft selection in 2008 by the Phils, has continued to develop this year. Following a season in which he led the Class A Advanced Florida State League in wins (16) and finished second in strike outs (168) and ERA (2.76), the 21-year-old Rodriguez has tallied a 5-1 record and a 3.23 ERA with 85 strike outs in 83 2/3 innings pitched.

Hernandez, a switch-hitting 22-year-old Venezuela native, has a .315 batting average with 19 doubles, 8 triples, 1 homer and 34 RBI through 73 games this season.

Valle, a 21-year-old Mexico native, has a .251 average with 8 home runs and 31 RBI through 58 games this season. Valle was ranked as the Phillies' top positional prospect this year by PhilliesNation.com.

Ruf, a 20th draft pick by the Phillies in 2009 out of Creighton University, has a .319 batting average with 12 homers and 49 RBI and is among the league leaders in OPS with a .939 mark. Ruf is roughly a month shy of his 26th birthday.

Friend and Ruf were selected to the team via Eastern League Fan Balloting.