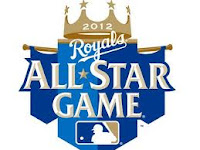 day, Major League Baseball announced the rosters for the 2012 MLB All-Star Futures Game to be held on Sunday, July 8th in Kansas City. Two righty hurlers from Double-A Reading will represent the the Phillies in the 14th annual event that coincides with yearly All-Star festivities.

Rodriguez, the 6-foot-4-inch 230-pounder is the lesser-known of the Phils' group of Baby Aces. Through 13 starts this season, Rodriguez has a 4-1 record with a 2.81 ERA and a .220 batting average against while averaging 8.67 strike outs per 9 innings. He was ranked as the 8th best prospect in the organization by PhilliesNation.com earlier this year.

Bonilla, a 6-foot-1-inch 165-pounder who began the season with Class-A Advanced Clearwater, has tallied some impressive stats as well. Combined at the two levels this season, Bonilla has a 3-2 record with 2 saves, a 1.95 ERA with a 12.4 K/9 mark in 25 relief appearances. He was ranked as the 12th best prospect in the organization by PhilliesNation this year.

According to MLB.com, Major League Baseball, along with the MLB Scouting Bureau, MLB.com, Baseball America and the 30 Major League baseball clubs, selected the 25-man rosters for the Futures Game.