Utley and Howard Near Return 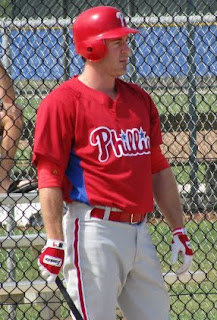 Second baseman Chase Utley is set to return for the Phillies after competing in a rehab outing with the Triple-A Lehigh Valley IronPigs on Tuesday night. In the club's 10-2 win over Rochester, the five-time All-Star slapped a single and slammed a home run while striking out twice in five at bats.

Utley has been out of action until recently with chondromalacia in his left knee.

Prior to playing for Lehigh Valley, Utley posted a .159 batting average with one homer and five RBI in nine games with Class A Advanced Clearwater.

Ultey told media members on Tuesday that he thought his overall progress was not reflected in the statistical totals he tallied in his minor league rehab outings.

"I actually swung the bat a little bit better than the numbers showed down in Clearwater," Utley said.

The Phillies must make a move to add Utley to the active 25-man roster on Wednesday. The most likely candidate to make room would be utility man Michael Martinez, who is batting .133 in 16 games for the Phils this season. 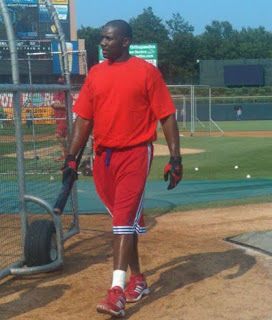 Also, the Phillies announced Tuesday that injured first baseman Ryan Howard could begin a rehab assignment with the Class A Lakewood BlueClaws on Thursday evening. Howard has been sidelined this entire season, as he recovers from left Achiles tendon surgery.

Howard, who has been rehabbing the ailment at the Phillies' spring training home in Clearwater, FL, is slated to return to Philadelphia on Wednesday for "functional testing" on his Achilles area. If those tests come back with positive results, the former National League Most Valuable Player will begin a rehab assignment with the BlueClaws on Thursday night.

During his rise through the Phils' developmental system, Howard played with Lakewood in 2002. He later rehabbed injuries at Lakewood's FirstEnergy Park in 2007 and in 2010, with the team retiring his jersey number, 29, during his most recent appearance in the shore town.