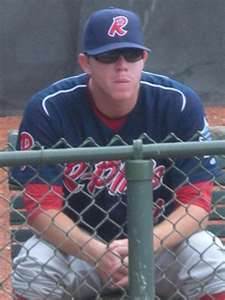 Just a quick update on right-handed reliever Justin De Fratus, who is on the 60-day disabled list, out of action for the Phillies with elbow troubles...

De Fratus confirmed this week that he is taking his recovery quite slowly.  The 24-year-old has been out of action all season with a strained flexor tendon.


The native of Oxnard, CA stated that he feels as though he's getting stronger every day.  De Fratus had previously gotten close to a return to regular action when he appeared in an extended spring training game and followed that up with a scoreless inning of work for the Class A Advanced Clearwater Threshers on April 22nd. However, the 6-foot-5-inch 220-pounder experienced considerable discomfort after that outing and was forced to discontinue throwing.

Currently, De Fratus is on a throwing program on flat ground.  He does not have a time frame for when he would begin throwing from a mound or facing hitters.