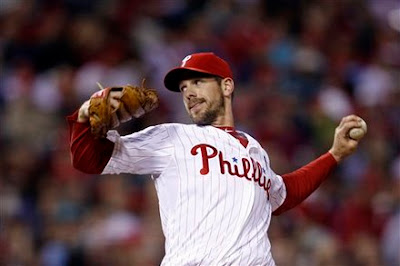 The four-time defending National League East division champion Phillies head to Atlanta this weekend to take on the team that many experts say has the greatest chance to dethrone the kings of the east.

In Atlanta's home opener, the Braves will send Tim Hudson to the mound, as the Phillies counter with top off-season free agent acquisition Cliff Lee. The return of Lee to Philadelphia drew many comparisons, for the Phillies' starting rotation, to the Braves well known pitching staff of the 1990's that included Greg Maddux, Tom Glavine and John Smoltz.

Read ahead for analysis on the pitching match ups for this series as well as plenty more key stats.

Placido Polanco, who is batting .440 in the early going this season, has 4 multi-hit games in his last 5 games played. Polanco is a career .321 hitter against the Braves.

Braves catcher Brian McCann is just 1-for-16 (.063 avg) in his career against Phillies reliever JC Romero. McCann hit .218 in 17 games against the Phillies last year.