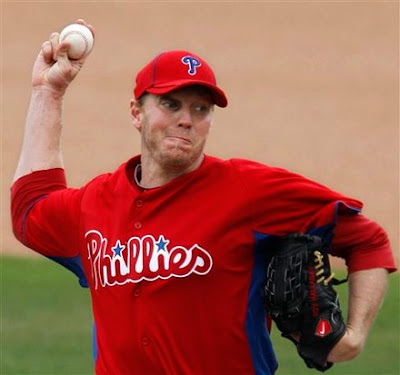 To open the 2011 season, Ed Wade's Houston club that regularly features many ex-Phillies heads to Philadelphia for a three game series. Wade, of course is the current Astros general manager who used to hold that same position in the Phillies' front office.

On opening day, the Phillies will be led by Roy Halladay, who got his very first taste of the postseason last year in his initial season with Philadelphia. The Astros will send former Phillies opening day starter Brett Myers to the hill to challenge the defending National League East division champions.

Read ahead for analysis of the pitching match ups and plenty more details from this series.

In his career against Halladay, Oswalt, Kyle Kendrick, JC Romero, David Herndon and Ryan Madson, Mike Bourn has combined to go 17-for-34 (.500 avg). Bourn was the Phillies' 4th round draft pick in 2003.

Astros closer Brandon Lyon has a career 7.71 ERA in 14 career games against the Phillies. Ryan Howard is 3-for-4 with a double and a HR in his career against Lyon.

Jimmy Rollins is a career .300 hitter with 16 doubles, 6 triples and 10 homeruns in 63 games against Houston.